‘The community support has been phenomenal’ - McAlisters 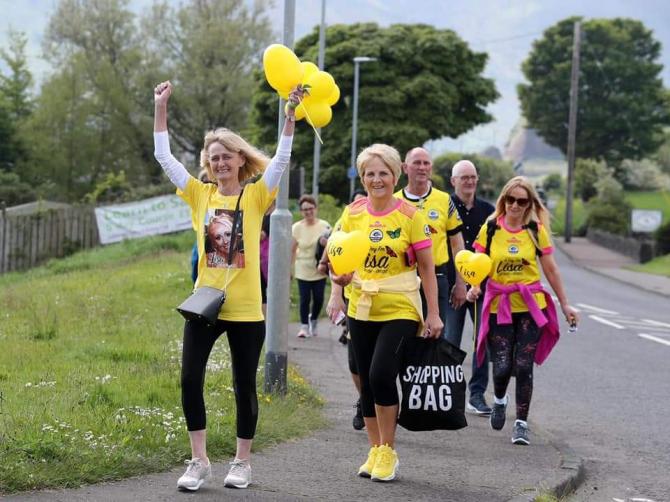 Anne Marie McAlister sums up the feeling of accomplishment as they family finish the sponsored walk that had initially been Lisa’s idea.

THE COAST road was turned into a 'sea of yellow' on Saturday morning as hundreds of supporters of the McAlister family made their way to Carnlough from Cushendall to raise funds and awareness of mental health.

The sponsored event - 'A Day for Lisa' - was held in memory of mother-of-two Lisa McAlister after she died by suicide last July aged just 30.

Lisa's brother Mark told The Chronicle how the family had recevied support from a number of well known people, including Ballymena born Liam Neeson.

Mark said: “It was so overwhelming to receive that message. Liam Neeson said he'd do the walk in the USA wearing a yellow bandana as a tribute to Lisa.