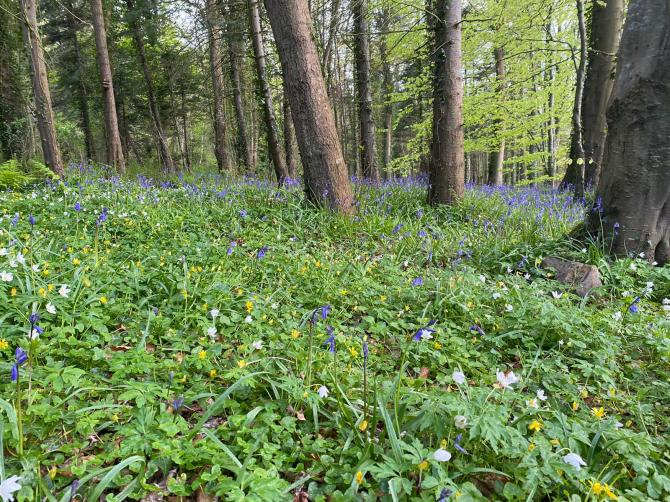 The bluebells and wild garlic are under threat as fires are lit in Ballycastle forest.

SINN Féin Councillor Cara McShane has hit out at those behind forest fires in Ballycastle, claiming there is ‘no excuse or defence’ for actions that could easily end in tragedy.

Cllr McShane, who has been leading a campaign for investment in the forest, including mountain bike trails which will attract all-island events to Ballycastle, said she is angry and disheartened at the rising level of anti-social activity in the area and argues that there is absolutely no justification for it.

Her comments come as The Chronicle heard from local man Kevin McGowan who was walking through Ballycastle forest on Thursday evening when he saw a fire lit near the forest entrance.