Corncrakes making a comeback on Rathlin 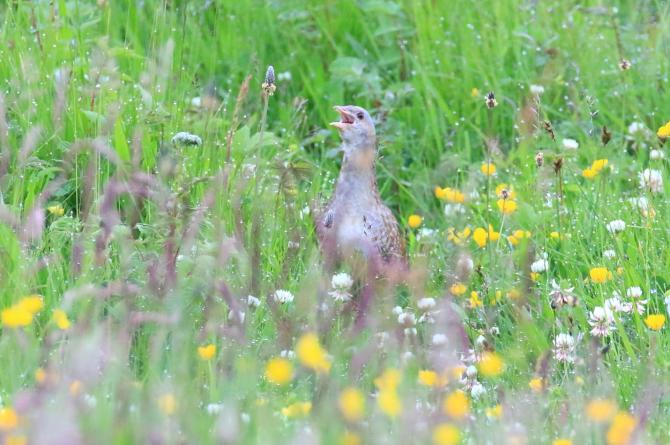 Corncrakes have been heard on Rathlin Island.

CORNCRAKES could be making a comeback on Rathlin Island after four calling males were recorded there for the first time in around four decades.

In recent years at least one calling male has been heard each summer, but this is the first time they have been there in such numbers since the late 1970s or early 1980s.

Conservationists now hope the secretive bird, known for its distinctive ‘crex-crex’ call, may breed there.