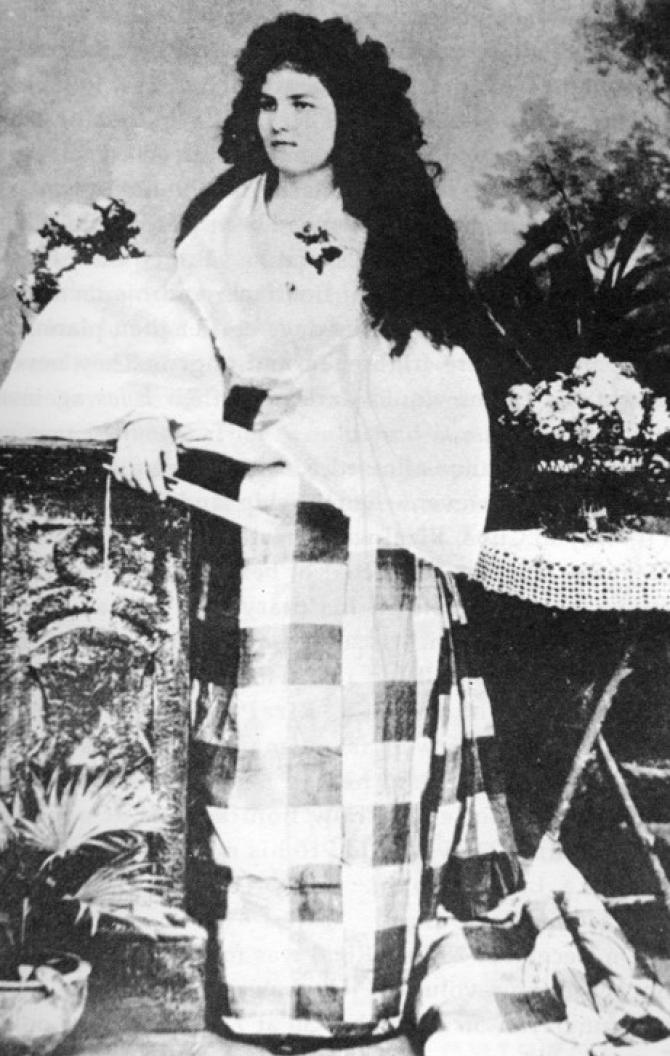 A studio portrait of Josephine.

A MAJOR makeover of the grave of Ballycarry native, Elizabeth Jane Bracken née McBride, in the Colonial Cemetery in Hong Kong was unveiled last Sunday (April 11).

This has all come about because of a connection between Elizabeth Bracken to the Philippines’ foremost nationalist hero, Jose Rizal.

Elizabeth McBride from Ballycarry in Co Antrim, married James Bracken, a soldier in the 28th Regiment of Foot, in Belfast in 1868.

A couple of months later James’ regiment was transferred to Gibraltar, while Elizabeth stayed at her home-place where she gave birth to a son the following year. Soon after Elizabeth and her son joined James at Gibraltar. The couple went on to have a daughter there.