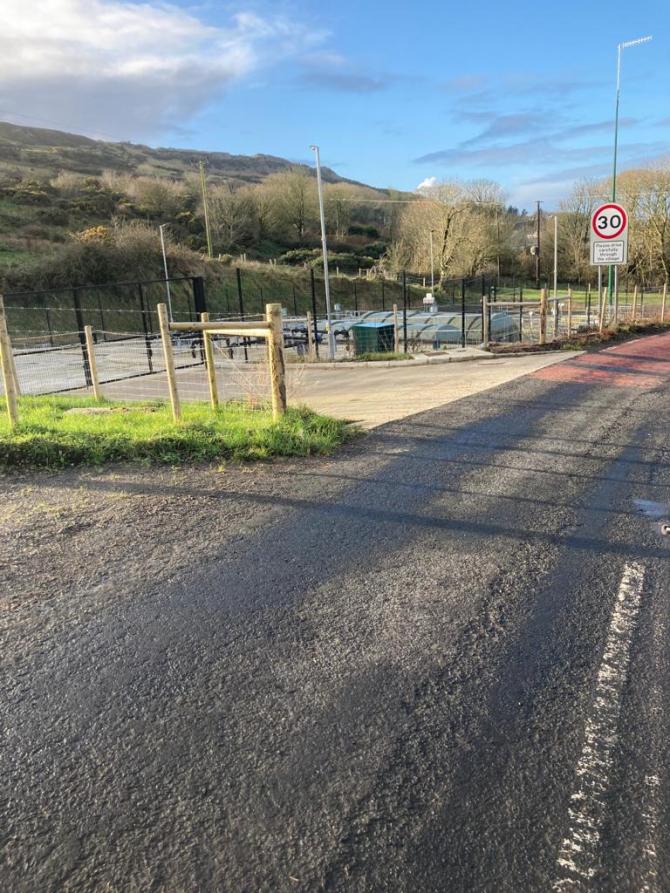 The wastewater treatment works at Ballintoy

UUP Alderman Joan Baird has called on NI Water to take action at the wastewater treatment works in Ballintoy.

The councillor said the work which started in 2017 was finished last year due to a delay, however she voiced a number of concerns regarding how the site was finished.

Speaking to The Chronicle Cllr Baird said she has been approached a number of times by local farmers who were concerned about the safety surrounding the treatment works.

She said: “Water service have left it with only a post and wire fence around the site. But this plant is at the very bottom on Knocksoughey as it's known to locals.