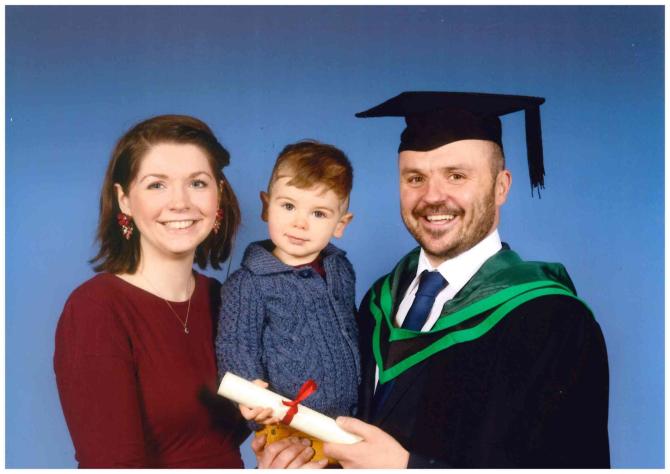 Chris McConnaghie, winner of the Dayle Smyth Endeavour Award, who was awarded a Foundation Degree in Electrical and Electronic Engineering with Distinction

The mature engineering student, who is employed as maintenance manager with SDC Trailers in Toomebridge, completed the Foundation Degree in Electrical and Electronic Engineering with distinction at the College.

Chris is currently doing a BEng (Hons) degree. Married and now living in Antrim, he has a young son and another baby on the way.

He said his decision to attend the College was prompted by the realisation that accredited qualifications could help with his career progression.

Time to enforce respect for officials