‘A fantastic achievement for these players who have worked relentlessly’ 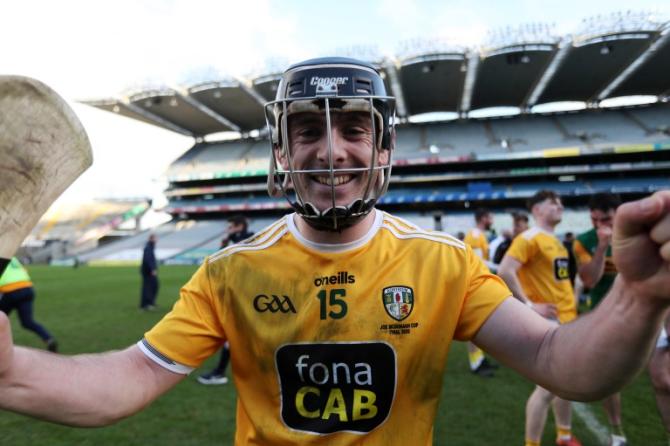 McQuillan’s Ballycastle player Ciaran Clarke who notched up four Goals and 47 Points across the five Championship games this season.

ANTRIM hurlers are basking in the success of their Joe McDonagh Cup triumph after a nail biting win against Kerry at Croke Park.

In the fourth and by far most significant meeting of the counties this year, The Saffrons maintained their 100 per cent record over Fintan O'Connor's side to return to hurling's top flight in 2021.

At Croke Park on Sunday afternoon they did the business, beating Kerry by two points in the McDonagh Cup decider, to bring to an end the Counties most successful year ever.

The Saffrons’ scoring power was heavily led by McQuillan’s Ballycastle man Ciaran Clarke, with the introduction of Cushendall’s Neil McManus in the third quarter following injury crucial too as the Cushendall man contributed 0-04.