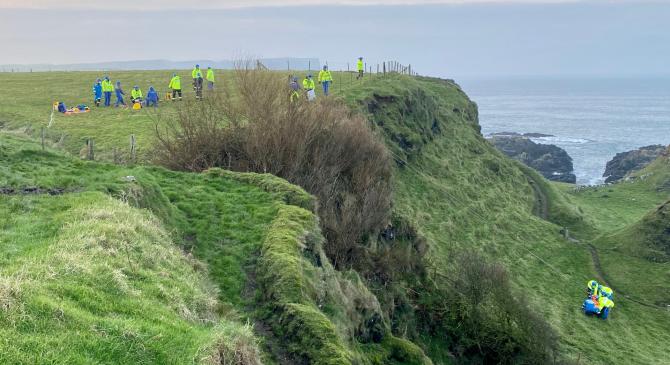 A rope rescue at Portbradden was carried out by Cliff rescue teams from Coleraine and Ballycastle Coastguard’s teams yesterday afternoon.

The casualty - believed to be a male - was assessed by the crew of the Northern Ireland Air Ambulance on scene before transportation to hospital in Belfast.

Coastguard Rescue Helicopter 199 from Prestwick was also standing by at the scene.