Fridge freezer, car tyres and tub of margarine from Newfoundland among items recovered 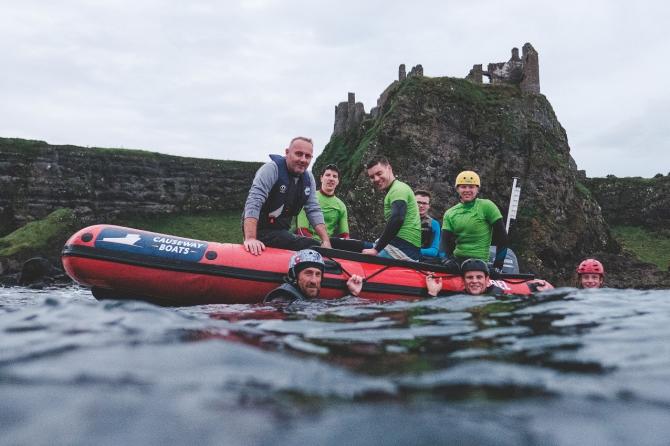 Volunteers pictured in action during a litter collection from three bays below the iconic Dunluce Castle. Pictures: Matt Wright

NUMEROUS items, including a fridge freezer, car tyres and a tub of margarine all the way from Newfoundland, have been found in a marine litter lift off the North Coast.

They were all recovered from the sea from three bays below the inconic Dunluce Castle on Tuesday, September 1.

The adventure clean-up was delivered by not-for-profit organisation Sea2it along with volunteers from Causeway Coasteering and Causeway Boats.

Participants jumped, swam, and splashed their way from Dunluce Cove to Burnfoot Waterfall, collecting litter which had made its way from as far afield as Newfoundland and Spain.