‘I won’t rest until I get all of the answers’, says heartbroken sister of Inga Maria Hauser 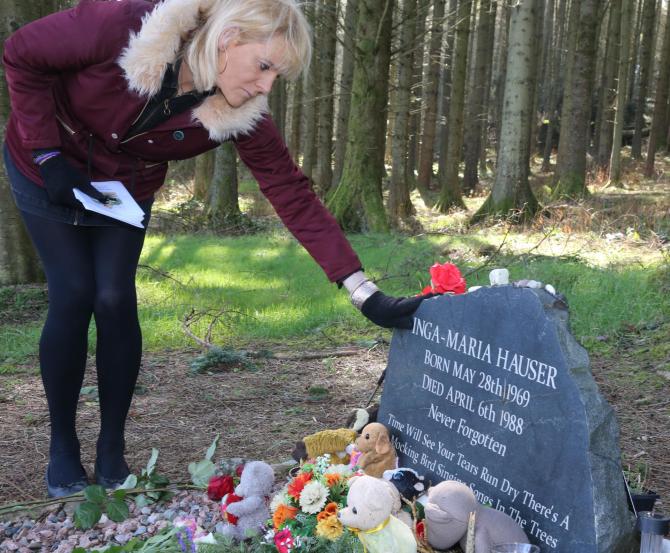 The grave of Inga-Maria Hauser at Ballypatrick Forest.

THE sister of Inga Maria Hauser who was murdered during a trip to Northern Ireland has spoken publicly about the death of her sibling for the first time.

The German backpacker was just 18 when she was last spotted alive on a ferry to Larne in April 1988.

The Munich teenager had planned to make her way from Larne to the railway platform and travel south from Belfast to Dublin, but ended up travelling in the opposite direction.

Her body was found two weeks later in a remote part of Ballypatrick Forest, near Ballycastle.