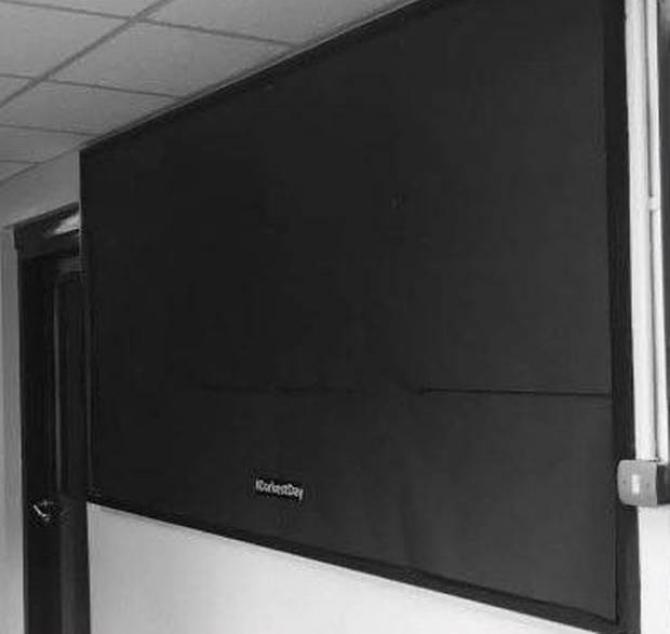 THE Headmaster at Dalriada School has said it was an "error of judgement" for a member of staff to allow a 'Darkest Day' noticeboard to be put up last Tuesday.

Just hours after abortion and same-sex marriage laws were changed after a failed attempt to restore devolution at Stormont, the display was put up on a Christian Union noticeboard at Dalriada School.

Since then, a letter has been signed by several hundred people, including former and past pupils, and sent to the Chair of Board of Governors Brian Dillon, claiming that "those responsible showed a clear and abhorrent disregard for the wider school community".

Commenting, Dalriada Headmaster Mr Tom Skelton, said: “The school leadership is aware of a serious breach of school policy that is currently being investigated.

“At present the school 'Critical Incident Procedure' is being followed and at this time we wish to reiterate that Dalriada is committed to maintaining our ethos where all pupils and staff feel safe, valued and respected regardless of age, sexuality, political views or religious beliefs.

Commenting on the petition Mr Skelton said that the member of staff had made an error of judgement and it was disappointing that people had responded like that without knowing the whole story.

DUP Alderman, John Finlay, has defended the rights of the members of Dalriada School’s Christian Union to erect a “darkest day” poster on the CU notice-board.

“At midnight on Tuesday 22 October, radical new laws on abortion took effect in Northern Ireland, and many on social media darkened their profile pictures to reflect their sadness about the “darkest day”.

Members of the Dalriada School Christian Union decided to place a poster along these lines on their own CU notice-board, as they were perfectly entitled to do. However, as is often the case in these types of situations, those who are most vocal in trumpeting human rights and parity of esteem, responded to the CU poster in vitriolic anger. As I understand it, the poster was ripped off and comments about abortion and LGBT scribbled on it. The latter issue, significantly, had nothing to do with the poster.

*Full story in next week's Chronicle*