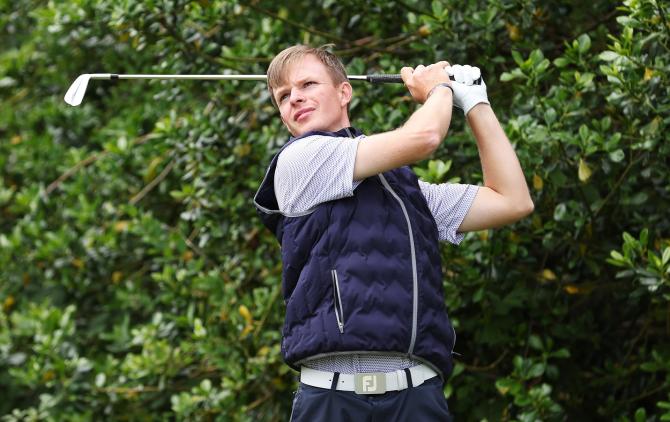 After 36 holes of stroke play qualifying in glorious conditions in Lancashire, Broomhead’s four-under-par 68 at St Annes Old Links saw him post a total of seven-under 135.

It was the same mark as Englishman Barclay Brown, but Broomhead sealed top spot among the 288-man international field by virtue of card countback using the last six holes on both courses.

Broomhead, who has posted two top-30 finishes on the Great Britain and Ireland amateur circuit in recent weeks, chipped in for an eagle at the 17th to highlight his day as he led the top 64 and ties into the match play stages.

Brown, the Stanford University student who ended the collegiate season with back-to-back runner-up finishes, maintained his form as he signed for a seven-under 65 at St Annes Old Links today.

Fellow Walker Cup player Mark Power also shone to post a 65 of his own at St Annes Old Links, finishing on six-under-par to secure third spot in qualifying. Having lost at the semi-final stage of The Amateur in 2020, the Irishman is determined to succeed this year and seal a place in The 150th Open at St Andrews next month.

The R&A will provide live broadcast coverage of the quarter-finals and semi-finals on Friday 17 June and the 36-hole Final on Saturday 18 June. This can be watched on The R&A’s website as well as its YouTube channel.