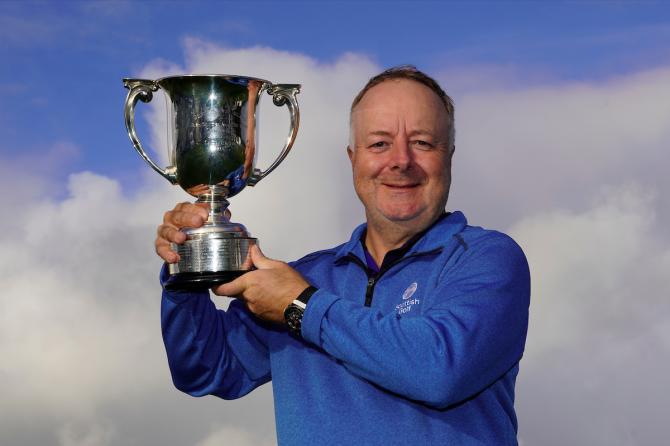 A second successive round of 74 was enough for the Scot to win the title.

Paton took the lead on the second hole after opening with two birdies and he would hold on to beat Brown by the narrowest of margins.

Speaking after the win, Paton said the victory at Murvagh was a career highlight.

“I felt at home with the weather today," he said.

"I’m a member of a links course so felt comfortable out there.

“It’s great to win a national title. I’d love to win the Scottish Seniors but to win in Ireland is great. It’s an amazing thing to call myself the Irish Seniors champion."