Smith leads after opening round at the Irish Senior Women's Open 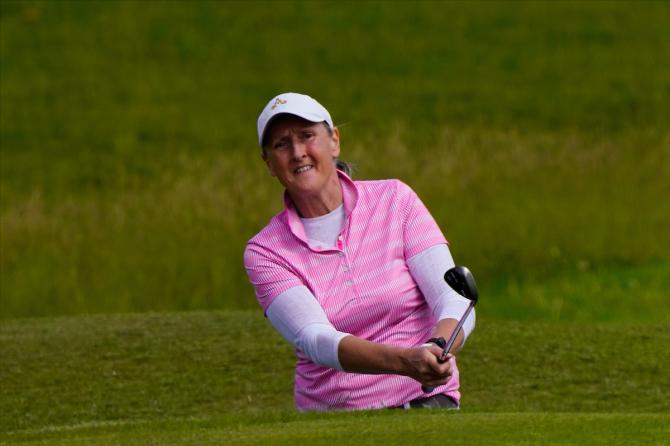 DEIRDRE Smith holds a two-shot lead at the end of the opening round at the Irish Senior Women's Amateur Open, at Naas GC.

Smith began her round with birdies on the opening two holes, but went to the turn at level par. A birdie on the final hole, ensured a two-shot lead over her playing partner Webb.

Ireland Women's captain Webb is Smith's nearest challenger. Her round of +3 included two birdies, three bogeys and a double bogey.

Wickham's opening round of +5 sees her remain in touching distance, with Thurles' Marian Finn a shot further back.

Five players are in a tie for fifth on +7, including Finland's Minna Kaarnalahti.

The leaderboard has an international flavour with English duo Jayne Fletcher and Jane Sly in a tie for tenth on +8.