Rory looking forward to playing in front of home fans 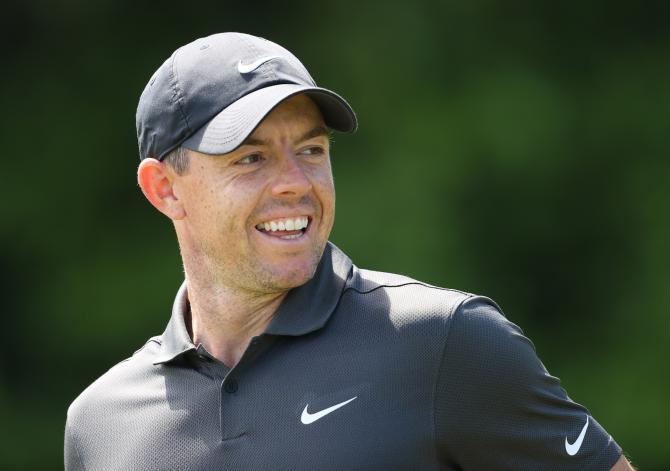 Rory McIlroy, delighted to be back in Ireland. Pic: Getty Images.

RORY McIlroy is relishing the opportunity to play in front of his home fans for the first time in two years as the four-time Major winner tees it up in the Dubai Duty Free Irish Open at Mount Juliet Estate this week.

For four consecutive seasons from 2015, the Northern Irishman put his name to his home open as the tournament host and was credited with helping revive the event’s fortunes to reclaim its status as one of the most eagerly-awaited fixtures on the Irish sporting calendar.

The 32-year-old, who claimed the famous trophy in 2016, is relishing the opportunity to be welcomed home by the Irish spectators at the sold-out event – which is one of a select number of pilot test events as crowds return to live sport in Ireland.

McIlroy, whose last appearance on home soil came at The 2019 Open Championship at Royal Portrush, will play alongside his fellow 2018 Ryder Cup winner Tommy Fleetwood and John Catlin - who defends his title having added his name to the prestigious list of winners at Galgorm Castle Golf Club last September.

"It's a great golf course but I've never played here before. I've been here to watch when the World Golf Championships were here in 2002 and 2004 but it's a little different playing it. And, yeah, obviously the vantage point is a little different as well.

"But yeah, it's in great shape. I played the back nine today. I'll play all 18 tomorrow in the Pro-Am."

McIlroy comes into this week in decent shape having competed well at the US Open.

"I was very encouraged walking away from Torrey Pines, to have a share of the lead on the final day through a few holes. I gave myself a good chance," he admitted.

"Looking back, the one thing that I kicked myself about - it wasn't the double on 12, you're going to get some bad breaks and I got a bad break, but it was the three-putt on 11 that stopped the momentum.

"I made a really good putt for par on ten and then probably hit my best shot of the day into 11. Great 5-iron into the middle of the green. And then, you know, that three-putt was just pretty sloppy, and that killed the momentum to go on from there.

"But I thought the week was a real positive on whole and I'm looking forward to these next three weeks."