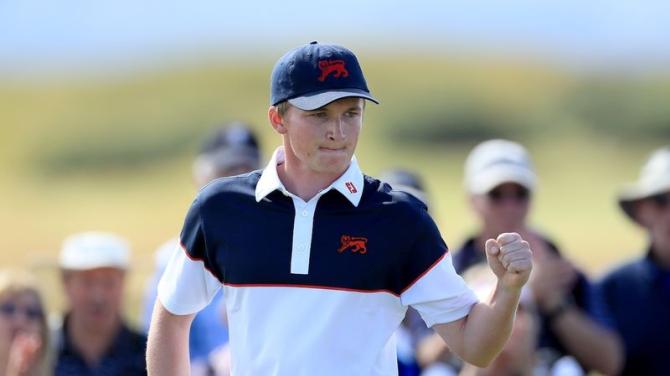 SANDY Scott has withdrawn from the Great Britain and Ireland Walker Cup team due to a wrist injury.

First reserve, Jack Dyer, will now take his place in the side to play the United States of America at Seminole Golf Club on 8 and 9 May.

Representing Florida State University, Pagdin has achieved top ten finishes in the Florida Gators Invitational this season and in 2020, the AJGA Simplify Boys Championship at Carlton Woods and Western Amateur Championship. He has also represented GB&I in the Jacques Leglise Trophy and England in the R&A Boys’ Home Internationals and the European Boys Amateur Team Championship.