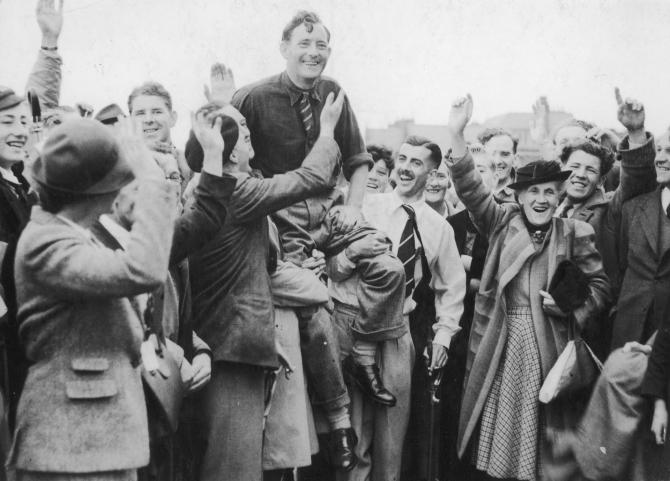 FOLLOWING on from last week’s article regarding the developments at Royal Liverpool Golf Club, Hoylake, for the upcoming Open Championship it is worth noting that this is where Fred Daly had his moment of glory as he won the 76th Open Championship there in 1947.

Fred, born in Causeway Street, Portrush, became the first Irish winner of the Open Championship, one stroke ahead of runners-up Reg Horne and amateur Frank Stranahan.

He remained the only Irish winner of the Open until Pádraig Harrington won it in 2007 and the only Northern Irish major winner until Graeme McDowell won the U.S. Open in 2010.

Henry Cotton and Laurie Ayton, Jnr shared the first round lead on Wednesday, but in the second round both fell back with rounds of 78 and 80, respectively.

After 36 holes, Fred led at 143, seven over par, four shots ahead of Cotton and Sam King.

He had a poor third round on Friday morning, shooting 78 to fall into a tie for the lead with Cotton, Arthur Lees, and Norman Von Nida.

There were a further nine players within three-strokes of the lead. Horne, who began two back, made the first move with a 35 on the front-nine.

Fred began the round with a 38, four over par, on the front nine, but he recovered on the back and holed a birdie putt on the 18th to post 293.

Cotton made the turn in 36 and needed another 36 on the back to tie with Fred, but in the blustery wind this proved too difficult and he finished at 297.

That left Stranahan as the last player on the course able to tie. He reached the 17th needing to play the final two holes in seven strokes, but a three-putt led to a five and saw him needing an improbable two on the last.

He gave it a good shot, with his approach stopping less than a foot from the hole. Stranahan had tied with Englishman Reg Horne for second place and Fred Daly had his Open Championship win.

1947 was an exceptionally successful year for Fred.

Martin Ebert, instrumental in preparing Royal Portrush Golf Club for The 148th Open, is currently carrying out improvements to the course at Royal Liverpool Golf Club in time for it to host The Open in 2022.