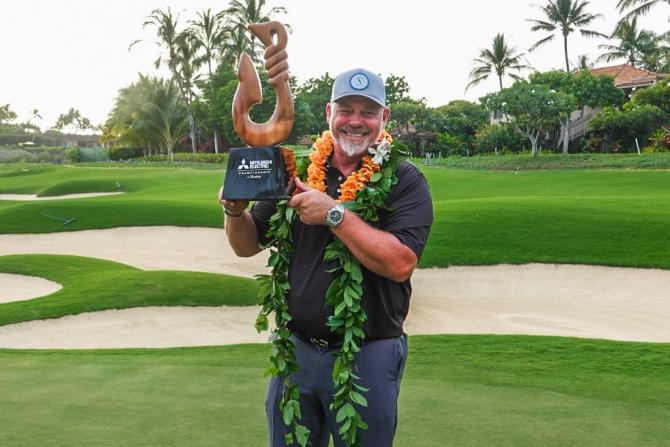 The 2011 Open winner shot a final-round 64 with six birdies on the back nine moving him to 21 under par for the tournament.

South Africa's Retief Goosen recovered from a disappointing second day to also close with a 64 and finish second on 19 under, as American Jerry Kelly took third on 17 under par.

Clarke, who shot a bogey free final round at the weekend, won in his last Champions Tour of 2020 in Florida.

Obviously, the Champions Tour is agreeing with him.