Sam’s the man at Irish Boys in Thurles 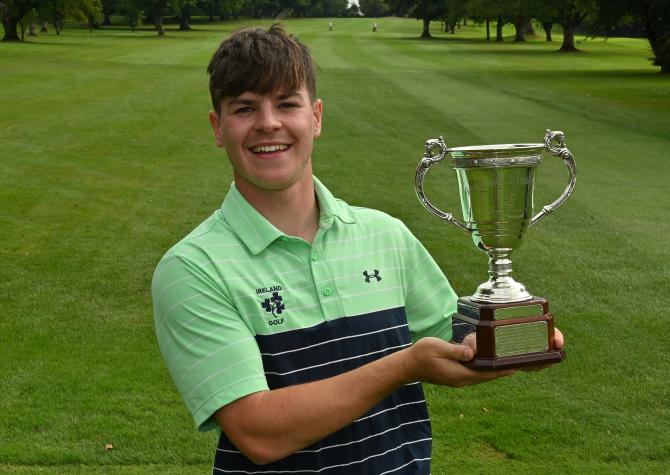 PORTUMNA'S Sam Murphy captured the Irish Boys title in style on Wednesday with a final round 65 (-7) to give him an eight stroke victory on 12-under par.

The 18-year-old began his day in Thurles with a two stroke lead but by the mid-point of the final round the chasing pack were left to fight it out for second spot as Murphy ran away with victory.

His closing 65 was bogey-free, two-under at the turn, Murphy rattled in five birdies in a back nine of just 31 strokes.

"It’s been a really good day, I played really well.

"It’s everyone’s dream as boy golfer to win an Irish Under 18 Championship and I’m lucky enough to do it.”

Despite never looking like being caught, Murphy was relentless in his pursuit of the title.

“I kept an eye on the scoreboard but all I wanted to do was keep making birdies so I did that.

"I birdied 16, going seven clear, so I was pretty comfortable coming down the last two. I just wanted to go as low as I possibly could today and see how much I could win by.”

Belvoir Park’s Luke Kelly finished runner-up on -4, with Morgan Cain (Cork) and Daniel Mulligan (Laytown and Bettystown) in a tie for third on -2.