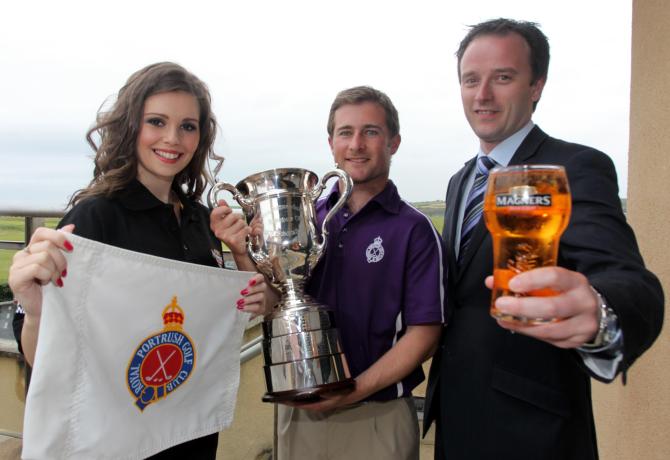 IT might be almost ten years ago now, but Portrush man Patrick McCrudden can recall almost every stroke he played on his way to winning the North of Ireland trophy on his home course.

The passage of time has done little to dim his memories of a memorable occasion when he defeated Harry Diamond in a play-off to get his hands on the hisoric trophy.

One of Irish golf's great amateur tournaments, the North has been won by some of the biggest names in the game, including former Open champion Darren Clarke.

So, it was a dream come true for the north coast man when he held his nerve this week back in 2011.

In an extract from the feature, Patrick explains what the event meant to him growing up as a young boy...

"My first memories of the North are of being taken down by my dad to watch the legendary Garth McGimpsey playing in the early to mid 90’s.

"To watch how Garth controlled the ball in the wind back then was really impressive to a young kid like myself who could barely get the ball airbourne at that stage.

"Around that same time I remember watching Rickie Elliott, now caddying for Brooks Koepka, playing and being one of the local hopefuls to win around that time. Unfortunately it wasn’t to be for Rickie but I think he’s done alright since!

"Probably one of my best memories was watching Graeme McDowell power his way to the final in 2001, coming off the back of an unbelievable season; it was my first real memory of seeing Graeme playing up close.

"Again, all the locals were rooting for Graeme to win but, again, unfortunately it wasn’t to be as he was beaten by Stuart Paul, who was playing fantastically around that time also.

"All of those memories shaped probably every young boy who has grown up thinking they can be the next North of Ireland winner - that was the dream, our golfing Everest having played the course and seen countless big names win the tournament growing up."

To read the full story, pick up a copy of The Chronicle, out now...