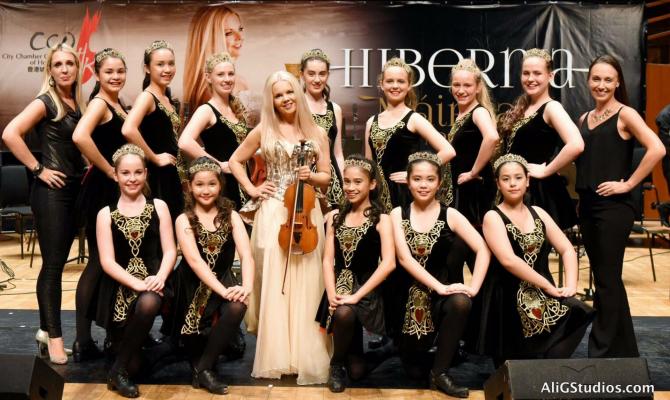 CATRIONA Newcombe started Irish dancing at the tender age of three after watching her older sisters practice for hours, and now, after starting dance schools in the UK, Dubai, Singapore and Hong Kong she's back home in Ballycastle to make her mark!
Speaking to The Chronicle Catriona described how she began dancing with the Marlene Dunlop School of Irish Dancing in Ballycastle.
She added: “When I was eight  The Chieftains and Michael Flatley came to Ballycastle to perform in the town hall.
“With Ballycastle being so small, we had never seen anything like this! I was in awe and remember going backstage to get Michael Flatley's autograph.
“I knew then what I wanted to be when I grew up! It was then a great pleasure years later to have my dancers performance alongside ‘The Chieftains’.”
PERFORMANCE
Catriona said: “When I first started Irish dancing, it was purely traditional, but I then went on to study Performing Arts (DIP)and Dance as part of my Degree (BA Honours) and based my desertion/thesis on the History and Development of Irish Dancing since the 12th Century in which I shadowed Riverdance, (which had only formed), I was then hooked and concentrated more on performance Irish Dancing.
I was trained as a Festival Irish Dancer and became a Champion at an early age. This is a style which so many people have never heard of.
“I was told it wasn’t ‘real Irish Dancing’ so many times!
“But as I travelled the world, I have spread the word about this amazing style of Irish Dancing, and it is so great to see Lauren Smyth showcase this style so brilliantly! She is a true ambassador for Festival dancing.”

For more on this story see this week's Ballycastle Chronicle