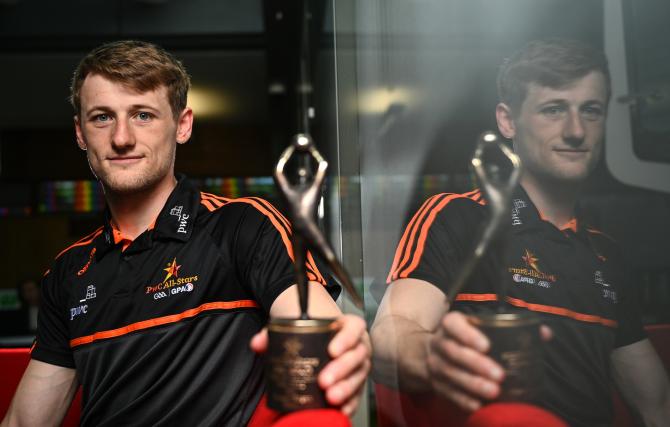 PwC GAA/GPA Player of the Month Brendan Rogers hoping to be part of the Derry team to face Clare at Croke Park. later this month

ULSTER champions Derry will take on Clare at Croke Park on Saturday June 25 as part of a double-header as the Football All Ireland Senior Championship reaches the quarter-finals stage.

Rory Gallagher's men are first in action against their Munster opponents at 3.45pm before Leinster champions Dublin face Cork at 6pm.

The remaining two quarter-finals take place the following day, Sunday June 26, with Galway and Armagh meeting at 1.45pm followed by Kerry and Mayo at 4pm.

Should Derry prevail in their last eight tie, they will then face the winners of the Galway/Armagh game in the first All Ireland semi-final on Saturday July 9.

The second semi-final will take place the following afternoon.