Donegal to meet Armagh in round two of qualifiers 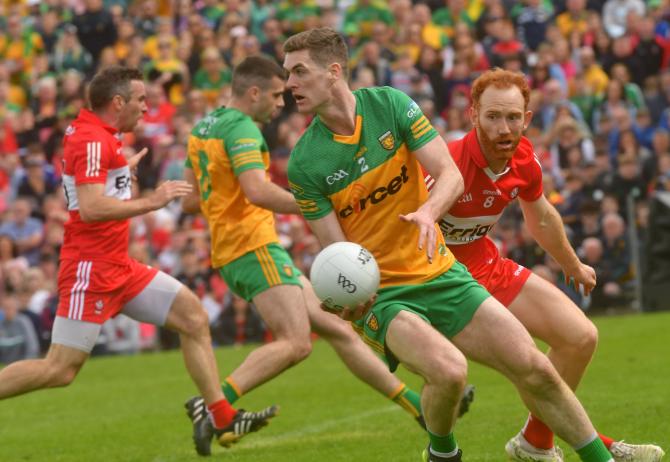 Donegal will meet Armagh in an eagerly anticipated encounter.

It represents a second meeting of the two counties in this year's championship after Declan Bonnar's men enjoyed a comfortable win over the Orchard county in an Ulster SFC quarter-final meeting in Ballybofey.

Since then, of course, Donegal lost to Derry in the Ulster final while Kieran McGeeney's men recovered to ease their way past reigning All Ireland champions Tyrone on Sunday.

Elsewhere in the draw, Roscommon will play Clare, Limerick and Cork meet in an all Munster clash while Kildare and Mayo meet in an intriguing game.

The games will be played at neutral venues between June 11-12.

Meanwhile, in the last four of the Tailteann Cup Westmeath will play Offaly while Sligo take on Cavan.