The buzz is back in Derry 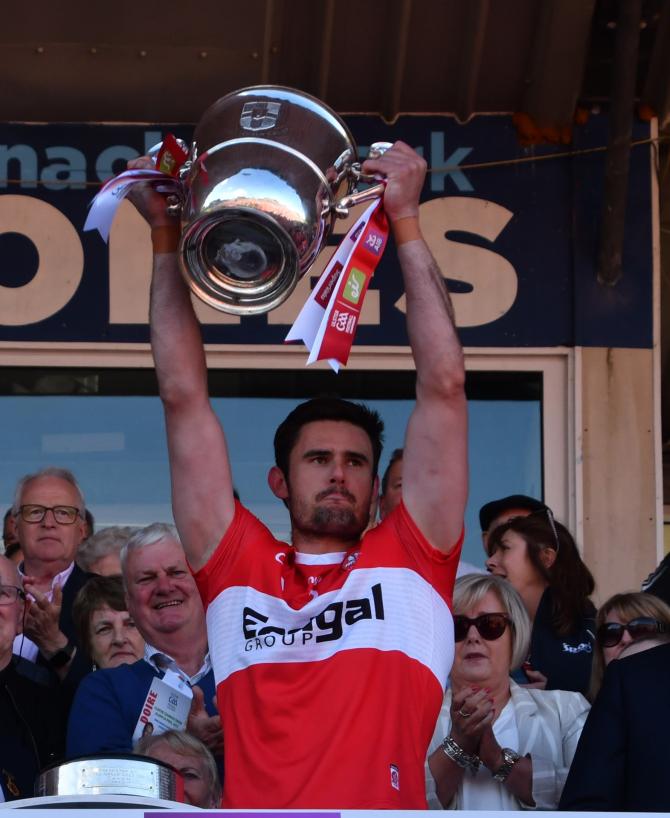 THE scenes will never be forgotten by anyone lucky enough to have been there.

Hundreds of Derry supporters streaming on to the St. Tiernach's Park pitch in Clones moments after the final whistle had signalled an end to 24 years of hurt and disappointment.

It was a sight to behold and one that will live long in the memory of players, management and men and women of all ages.

After just shy of a quarter of a century, the Oak Leaf county had again got their hands on the Anglo Celt Cup after a titanic tussle with north west neighbours Donegal.

Tight throughout, Rory Gallagher's men only prevailed in extra-time, the first occasion in which the provincial decider has been decided thus.

In the end, it was Conor Glass, the flame-haired midfielder from Maghera, who swung over the insurance point with just moments left to seal a dramatic 1-16 to 1-14 win.

It sparked wild scenes of celebration which continued long after the final whistle had gone and then into the night back at the Watty Graham's club in Maghera.

But those celebrations will no doubt soon be parked as Gallagher and his charges refocus on the All Ireland series and a forthcoming quarter-final, against opponents as yet unknown.

That is for another day; for now, it's about enjoying the moment, the memories and the feelgood factor provided by Rory and his boys.

For reports, reaction and photographs of Sunday's victory pick up a copy of The Chronicle, out Tuesday morning...