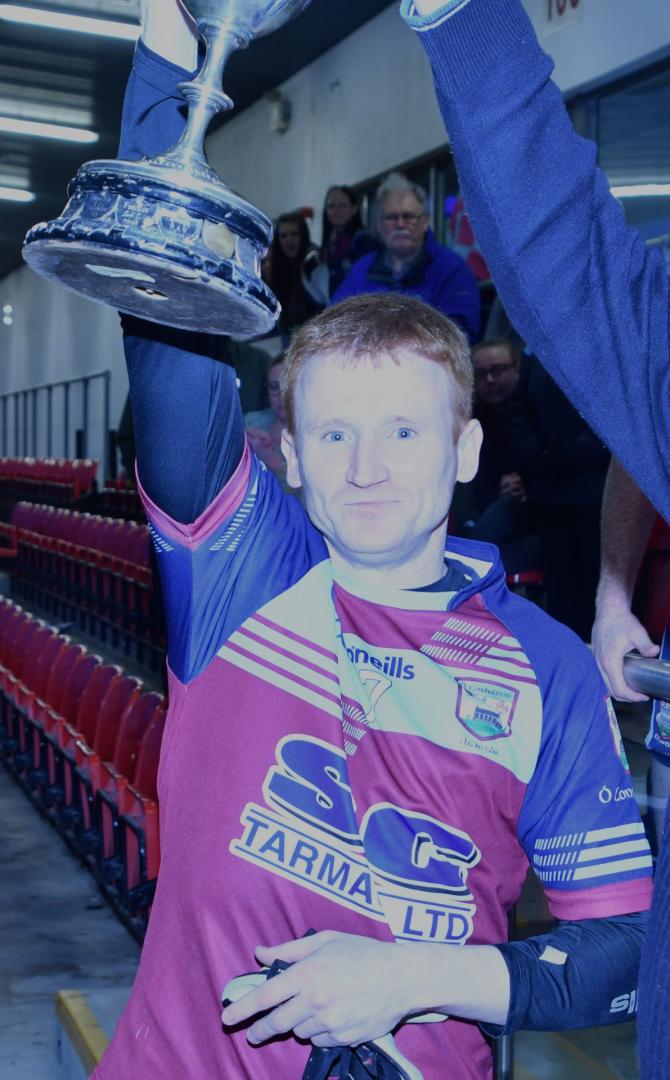 Neil Carlin Cup winners Glack are away at Moneymore in the league on Friday evening.

Round three of the Derry Junior Football League will take place on Friday night with five games taking place.

It may be a long trip on a Friday evening from Ballymaguigan to Ardmore but on all known form it should be a fruitful one for the lough shore men. Ardmore have shown fleeting signs of improvement but they seem unable to sustain it. Ballymaguigan just look too strong and experienced for the home team.

This looks to be the game of the round between two clubs that used to be one until Trasna broke away to form a club in the Waterside area 20 years ago and they have done quite well. James McQuillan is an excellent coach with the Waterside men and they have shown a big improvement since his arrival. There is nothing to indicate anything other than a close game but Trasna look a bit better in attack and might just edge the result.

Drum have been improving while the Colmcille’s look to be standing still to a certain extent. Even though Drum do not have a good away record they will still travel to the city as strong favourites. Since taking over as manager Rossa McManus has the St. Colm’s going in the right direction.

Glack will travel as favourites for this game given their consistent form this season. They have a lot of experience and are quite fit. Moneymore lack a bit of scoring power and it could come back to haunt them as Glack have three or four players who are accurate from both frees and play.