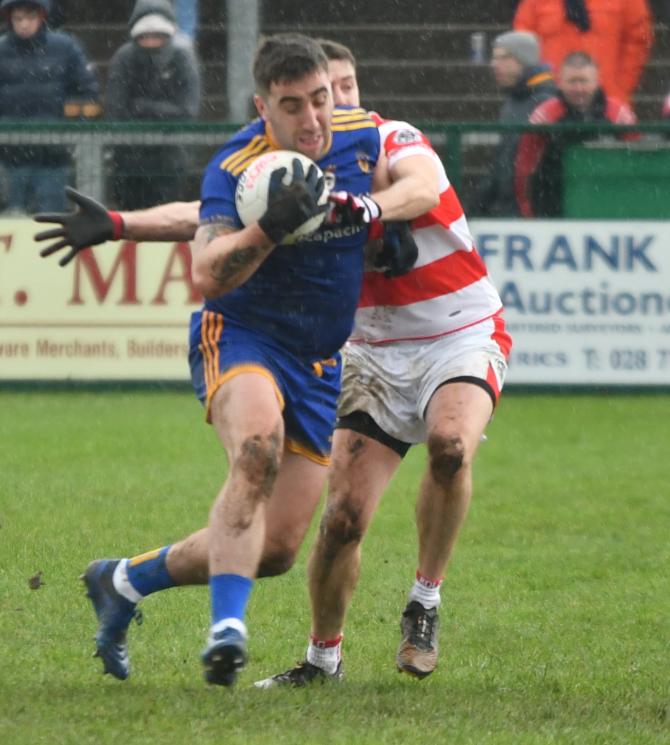 An unfit looking Steelstown having lost to Magherafelt in the midweek game found themselves away to Swatragh on a big weekend for the south Derry club as the Davitt's had their official pitch opening on Sunday and the league game was part of the celebrations.

Swatragh were comfortable winners in front of their invited guests, finding the net four times during the game, Niall McAtamney bagging a brace of goals, with Francis Kearney and James Friel getting the other two.

Ballinderry made it two draws in a row on Sunday as they shared the spoils with Banagher.

The Shamrocks also had drawn their midweek league fixture with Slaughtneil at 1-09 apiece.

Banagher lost midweek against county champions Glen and so wanted to wipe that performance away with a strong team performance at home against Ballinderry.

Banagher were the stronger of the two sides in the first half, leading 0-08 to 0-03 at half time and having failed to convert a penalty.

The home side also led all the way through the second half but Ballinderry grasped an opportunity from a line ball taken quickly, they managed to find their roving goalie Ben McKinless who rattled the net in the last minute to secure a late draw for the visitors.