Some close games as teams field without their county stars 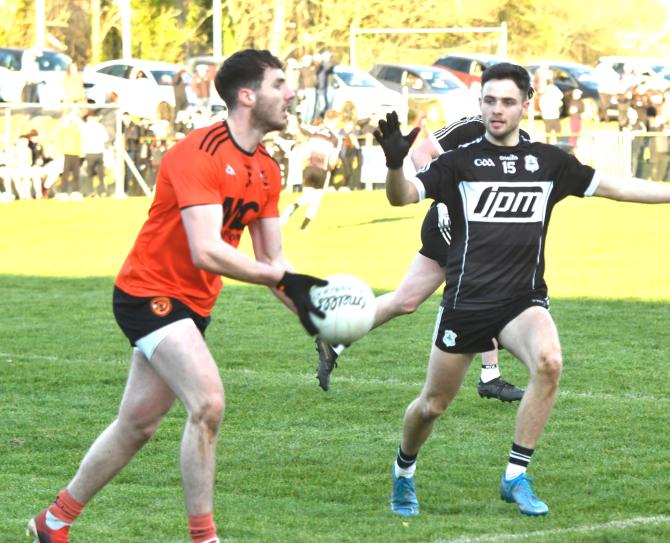 The senior league got under way on Saturday and, as we predicted last week, some of the games were too close to call.

Two of the eight games ended all square and another two were tight contests.

Slaughtneil, with a shadow squad due to so many of their players being in county squads, travelled to Loup and drew 1-8 each.

The other draw was a higher scoring affair with Newbridge and Ballinderry scoring 1-12 each.

County champions Glen showed their strength; with only five regulars on board they travelled to Kilrea and won by 1-13 to 1-7.

Kilrea were minus three of their young players who are in the Derry under 20 squad while the experienced Kielt brothers - Charlie and James - were best of the losers.

Dungiven, under new boss Geoffrey McGonigle, beat Lavey by 0-13 to 0-8. Both teams were weakened by county calls with Lavey the worst affected.

Steelstown’s foray into senior football was a chastening experience at Agherton. They were thumped 4-15 to 0-6 by a rampant Eoghan Rua team.

In fairness to the city side they have just resumed training and had players in senior and under 20 Derry squads. Still, it gives them a fair idea of what they have to do if they intend to make a mark in senior football.

Banagher, who had four of their players involved with Derry hurlers, caused a mild surprise by beating near neighbours Claudy by 0-13 to 0-10.

Ballinascreen, seen as the great underperformers of Derry football, seem to be going the right way under new manager Ciaran McElroy. They have reached the knockout stages of the Ulster senior club league and in their Derry league opener had a good victory over Swatragh by 2-9 to 0-9.

Two teams bristling with young talent served up a lively contest at Rossa Park where Magherafelt beat Bellaghy by 0-14 to 1-9.

Two of the Derry 1993 team were on opposite sidelines for this one - Damien Barton with Magherafelt and Damian Cassidy back for a second stint with his native Bellaghy.