Plenty of big games down for decision this weekend 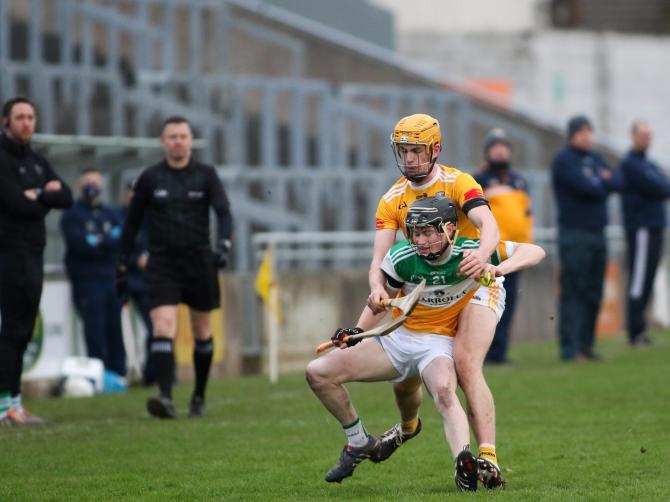 Limerick fail to win their opening game for a second successive year... new managers, Henry Shefflin, Conal Bonnar and Darragh Egan get off to a good start with Galway, Tipperary and Wexford respectively...Cork bounce back impressively from the disappointment of last year’s heavy All-Ireland final defeat...Dublin and Waterford serve up a cracking contest which ended level...those were the main headlines from the opening round of Allianz League hurling action.

It’s straight into Round 2 this weekend, following by a two-week gap to Round 3.

Limerick v Galway is a major highlight as Henry Shefflin takes the Tribesmen to the Gaelic Grounds where John Kiely’s men will be intent on getting the campaign back on track after losing to Wexford last Sunday. Galway, who overpowered Offaly, beat Limerick by six points in last year’s League clash in Pearse Stadium. It was part of an uneasy opening to the season by Limerick, who took only one point from their first three games before going on to remain unbeaten for the rest of the year.

Wexford’s win over Limerick on Sunday leaves them in a very positive state of mind for the trip to Ennis to take on Clare, who beat them in last year’s All-Ireland qualifiers. Wexford won the 2021 League clash by a point. Clare lost to Cork by nine points last Saturday.

Cork and Offaly meet in the divisional games for the first time since 2014 when the Leesiders won by six points. Offaly, who were promoted at the end of last season, are seeking their first win in Division 1 since beating Carlow in 2019

Tipperary v Kilkenny is a rivalry as old as hurling itself and it rarely fails to provide a fascinating contest. The pattern is likely to be maintained in Thurles on Sunday as both sides go in search of a second win.

This will be the first League clash between the counties since 2019 when Kilkenny won by a point. Tipperary and Kilkenny were well tested by Laois and Antrim last weekend, winning by four and three points respectively.

Westmeath, Down and Meath were the Round 1 winners, adding to the intrigue ahead of the Meath v Down clash in Round 2. Down beat Meath by 4-23 to 0-14 in last year’s League and repeated the success with an eight-point win in the Joe McDonagh Cup.

Westmeath v Carlow is always an interesting contest and with Carlow having lost their first outing (to Down) the pressure will be on to kickstart their promotion bid at home to the maroon-and-white outfit. Their last League meeting was in 2020 when Westmeath won a Division 1 relegation play-off by six points.

Having lost their opening games, Kerry and Kildare will be intent on a quick recovery. The Kingdom won the last League clash with the Lilywhites by 16 points in 2018.

Donegal were the most impressive winners in Round 1, beating London by 17 points, giving them an impressive launch pad for a serious promotion challenge. They head for Markievicz Park to take on Sligo who lost to Derry in the first round.

Derry travel to Aughrim to take on Wicklow, who drew with Mayo last weekend.  Mayo will be hoping to take their tally to three points from their trip to London.

ALLIANZ HURLING LEAGUE DIVISION 3A: CLOSE ENCOUNTERS IN ROUND 1

Two one-point wins (Armagh over Louth and Monaghan over Warwickshire) and a draw (Roscommon v Tyrone) in Round 1 made it the most competitive Division of all, a pattern that’s likely to continue throughout the campaign.

DIVISION 3B: BIG WINS FOR LEITRIM AND FERMANAGH

Leitrim (over Lancashire) and Fermanagh (over Cavan)  had easy wins in Round 1 and now it’s Longford’s turn to begin their campaign at home to Fermanagh.

* Limerick’s 0-11 total against Wexford on Sunday was their lowest in the Allianz League since losing to Tipperary by  2-24 to 0-8 in March 2010. They were short most of their top players that year due to a dispute over team management.

* Galway maintained their impressive open day sequence with a 13th successive win when beating Offaly on Sunday. They have won their first Allianz League game every season since 2009 when they lost to Dublin.

* Brian Cody began his 24th season as Kilkenny manager with a win over Antrim. It left Kilkenny’s first round League record under Cody as follows: Played 24, Won 16, Lost 7, Drew 1.

* Cork were highest scorers in Division 1, totalling 2-30 against Clare. Galway came next on 4-22 against Offaly.

* Tipperary were the only Division 1 winners without hitting a goal, getting past Laois on a 0-21 to 1-14 scoreline.