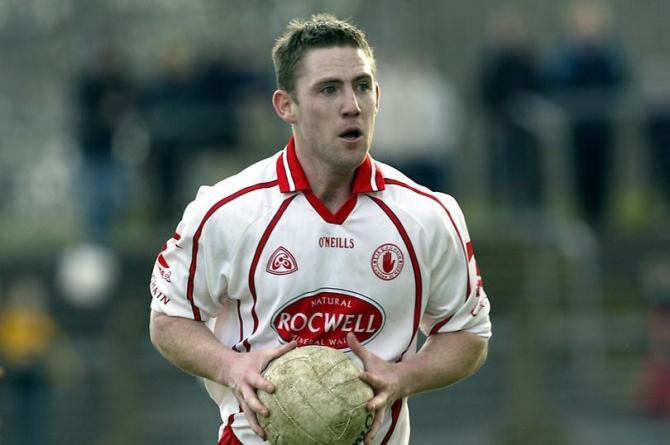 A TYRONE GAA All-Ireland winner has praised the level of support he received from back home after suffering a massive heart attack in New York last month.

Mickey Coleman (42), who has lived in the US for 10 years, returned from a three-mile run when he was hit by a terrible pain in his chest.

Doctors later told his wife, Erin, that he had suffered a heart attack known as the 'widow-maker', which is caused by a complete blockage of the left anterior descending artery and has a 6% survival rate.

The father-of-two, who is originally from Ardboe, spent the next three days on life support after flat-lining three times on the way to Montefiore Nyack Hospital.

“I knew it was a heart attack straight away," Mr Coleman told RTE News. "It had to be. I never experienced anything like it.

“I ran up to Erin, told her what was happening and asked her to ring 911.

“She brought me downstairs so the kids wouldn't see the paramedics if they woke up. I got jaw pain then, so I knew for sure it wasn't good. The last thing I remember is kneeling on one knee in the living room."

As the paramedics arrived, Mr Coleman collapsed and that was the last thing he remembered until he regained consciousness three days later.

Luckily, the New York hospital had only opened its catheterisation laboratory the same day Mr Coleman was admitted. It allowed doctors to use diagnostic imaging equipment to see the arteries of his heart.

Erin was told her husband's condition was 'touch and go' as he underwent an emergency operation to put in a stent to release the blockage in his heart.

“The operation went well, thank God, but that wasn't the end of it," continued Mr Coleman.

"They went back to Erin and said they had got my heart going again but they didn't yet know what way the brain was.

“The result of that was that they wrapped me in some form of material and dropped my body temp to 30 degrees. This lasted for a day and a half.

“On day three, thank God, I started to respond, and I even managed to squeeze Erin's hand at one stage."

The construction business owner, who won All-Ireland titles in 2003 and 2005, woke up to a video message from each member of the 2003 Tyrone squad.

Another video with messages from some of Ireland's most well known political, sporting and entertainment figures followed.

“Still can't get over it," he said when reflecting on the messages of support.

“The GAA has always been the centre point in my life, from a child through all my adult years and the friendships I have are 90% from GAA and music.

“And the messages came from everywhere. It's taken me completely aback."

Encouraging everyone to get their heart checked, Mr Coleman added: “I thought I was eating right, I was fit. Then again, the surgeon says to me that the reason I made it was because I was fit.

“He said lifestyle hadn't been the cause of what happened me, but I'm just thankful luck was with me and thankful that I was fit. Because my fitness kept me alive.

"It's all ahead of me now, there's a lot of inflammation around the heart and I have cardio specialists and dietary experts to see now to ensure my recovery is underway.

“But I've already started on that road. It's the fight of my life but I know I'll get there."

NI can look forward with optimism to Euros draw