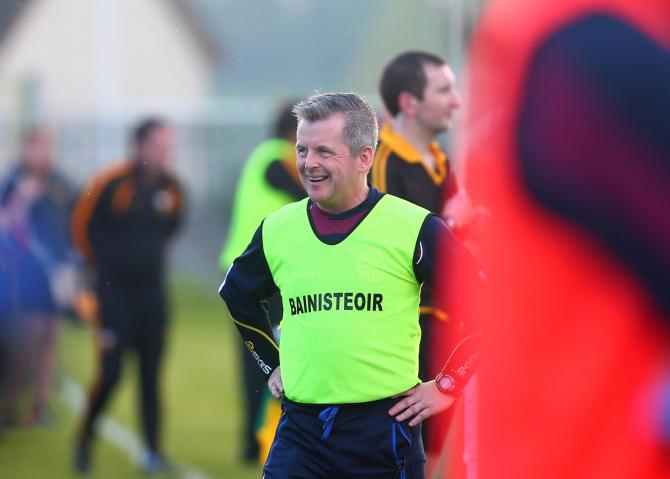 SLAUGHTNEIL hurling manager Michael McShane hasn’t given up hope of managing the club in an All Ireland series later in the season.

The general understanding is that because of Covid there will be Ulster of All Ireland club competitions.

However, the Ballycastle man, who masterminded the Emmet’s eigth senior hurling championship win in a row at the weekend (left) believes that a club championship could yet take place.

“At the moment, they are telling us there is going to be no provincial or All Ireland series which, you know, I'm very disappointed about, but that's the decision they have made,” he said in the wake of Sunday’s win over Kevin Lynch’s.

“I think there is an opportunity there to play out the provincial and All Ireland series after Christmas."

To read the full story pick up a copy of Tuesday's Chronicle...