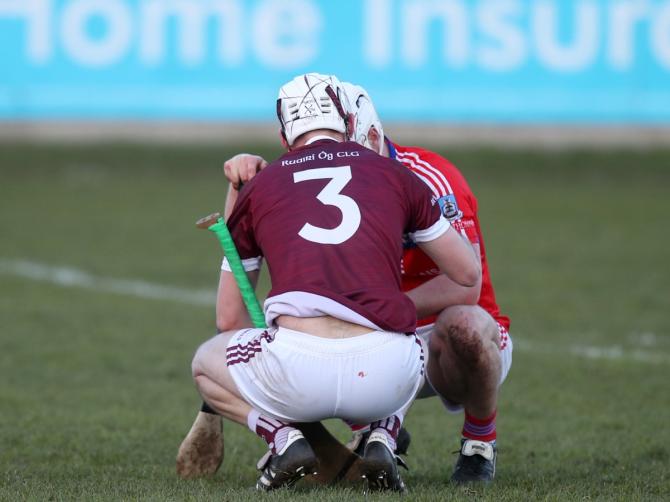 CUSHENDALL Ruari Ogs are left to reflect on what might have been after coming up agonisingly short in the weekend's All Ireland Club Hurling Championship semi-final.

The Antrim and Ulster champions staged a dramatic second comeback against Galway kingpins St. Thomas' in a gripping encounter at Parnell Park but it just wasn't enough.

It was hard luck on Eoin Gillan's men who recovered from a seven point half-time deficit to draw level with their opponents as the clock tickeddown.

But that cruellest of points robbed the 'Dall of a deserved second crack.

They will now go away and lick their wounds before defending their Antrim and Ulster titles later this summer.

For a full repoirt, see this week's Chronicle.