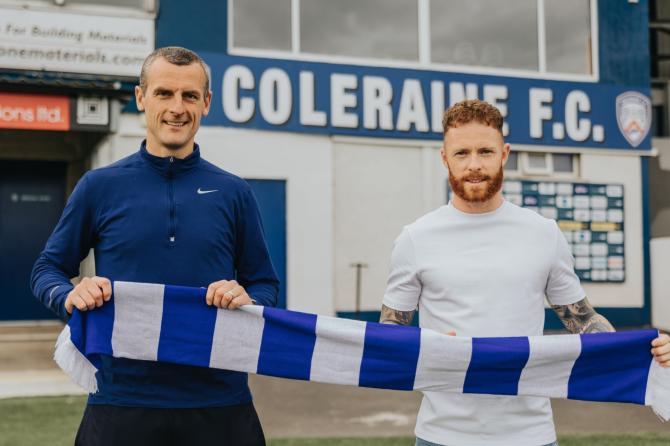 COLERAINE have completed their second signing of the summer by landing Lee Lynch from Larne.

The 30-year-old midfielder was at the Showgrounds on Monday evening to put pen to paper on a three year deal.

His arrival follows that of another midfielder, Jack O'Mahony, who joined the club from Glenavon.

Lynch will help to bolster the Bannsiders' midfield, especially if as expected teenager Patrick Kelly joins English Premier League club West Ham United in the next couple of weeks.

An experienced campaigner, the Limerick native began his career at West Bromwich Albion and represented the Republic of Ireland at various underage levels.

He played for a number of clubs in the League of Ireland before moving to Inver Park in January 2019 where he helped Larne to a number of successes.

But now he's a Coleraine player and his new manager Oran Kearney is delighted with his acquisition.

"Lee is a player I've always admired and someone who I've always been interested in signing," admitted Oran.

"He's keen to come here, hungry to kick on and we are delighted to have him on board."

Lynch will wear the number 16 shirt in the coming season.