It's a family affair! 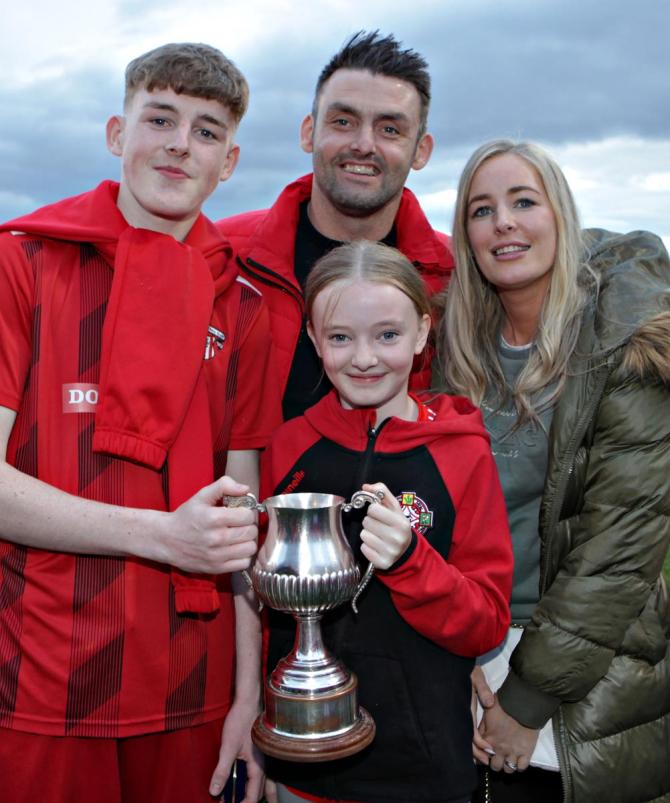 Coleraine striker Eoin Bradley pictured with his wife Emma, daughter Cara and son Cathaoir following Kilrea United's success in the Afternoon Cup. Cathaoir came on as a sub' in the game.

Eoin Bradley has graced the Coleraine Showgrounds pitch on many occasions over his two spells with the Bannsiders.

Now, his son Cathaoir has joined him by making his mark at the home of the Danske Bank Premiership club.

The 16-year-old came on as a second half sub' for Kilrea United in their recent Afternoon Cup win over Magherafelt Sky Blues.

The dramatic 4-3 victory secured a cup double for the club and perhaps marks the start of a footballing career for a young 'Skinner!'