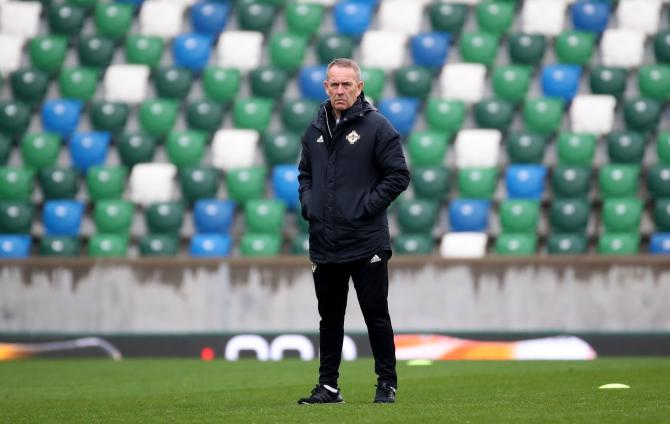 Northern Ireland’s women’s coach, Kenny Sheils, has apologised after claiming there is an issue in the women’s game with “emotional” goals.

Last night over 15,000 people watched his Northern Ireland side lose 5-0 to England at Windsor Park in a World Cup qualifier.

Northern Ireland had trailed 1-0 up until the 52nd minute of the game, before conceding again on 60, 70 and 79 minutes.

Explaining his side’s performance in the post-match press conference, Sheils said: "In the women's game, you’ll have noticed, if you go through the patterns, when a team concedes a goal they concede a second within a very short period of time.

“Right through the whole spectrum of the women's game, because girls and women are more emotional than men, so they take a goal going in, they don’t take that very well.

“If you go through the stats...you’ll see teams conceding goals on 18 and 21 minutes and then in 64 and 68 minutes, they group them, because that’s an emotional goal.

“So we conceded on 48, we had three in seven or nine minutes on Friday and we were conscious of that. When we went one nil down we killed the game and tried to just slow it right down to give them time to get that emotional imbalance out of their head.

“That’s an issue we have, not just Northern Ireland, but all the countries, with that problem. I shouldn’t have told you that.”

This afternoon Shiels released a statement through the Irish FA, saying he was sorry for the offence his post-match comments had caused.

"Last night was a special occasion for the women’s game in Northern Ireland and I am proud to manage a group of players who are role models for so many girls, and boys, across the country," he said.

"I am an advocate for the women's game and passionate about developing opportunities for women and girls to flourish."

England opened the scoring with a sliced effort by Lauren Hemp, which looped over the head of Northern Ireland goalkeeper Jackie Burns.

The visitors doubled their lead when Lucy Bronze burst through to find Manchester United forward Ella Toone, before a composed finish by Hemp made it 3-0.

A brace from Georgia Stanway rounded off the scoring, with both sides now turning their attentions to Euro 2022 where they will meet again in the group stages.