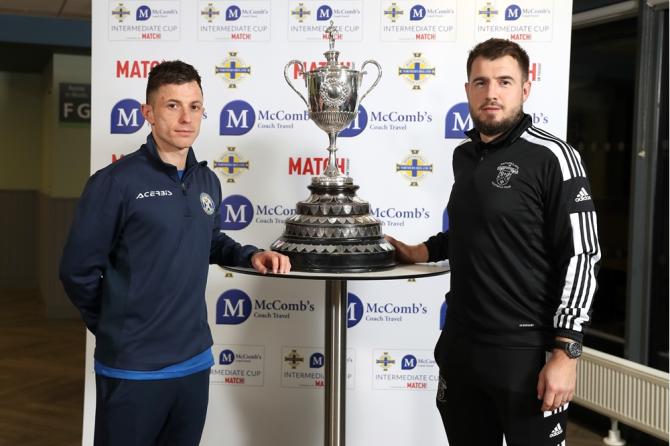 The draw for the semi-finals of this season’s McComb’s Coach Travel Intermediate Cup has been made.

Both ties will see teams from the Premier Division of the Northern Amateur Football League come up against sides from the NIFL Premier Intermediate League.

Rathfriland Rangers, who play in the Amateur League’s top flight, are set to face Limavady United from the NIFL league.

Both matches are set to be played the week beginning 4 April, with evening kick-offs.

The venues for the semi-finals will be finalised soon.