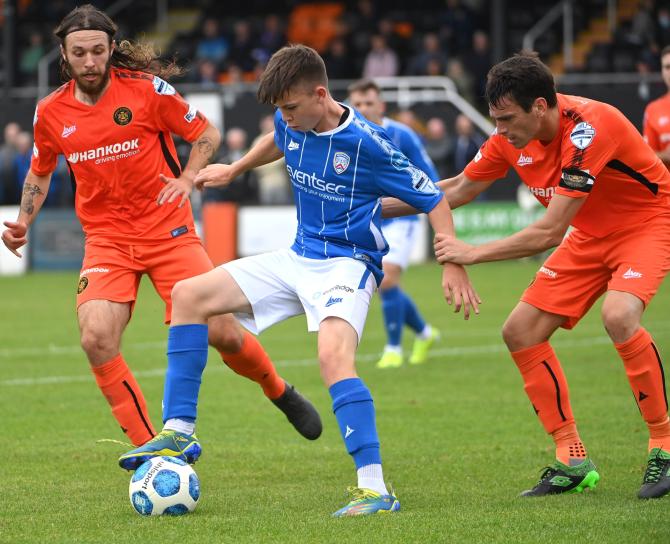 Portstewart teenager Patrick Kelly, handed a first start in the televised game against Larne on Friday.

The Portstewart schoolboy is one of two changes made by Bannsiders' boss Oran Kearney to the team which defeated Dungannon Swifts 2-0 a week ago.

As well as Kelly, Conor McKendry starts, meaning that Ronan Wilson and Cathair Friel, scorer of the second goal against the Swifts, drop to the bench.

Victory for the home side in front of the BBC cameras would see them leapfrog tonight's opponents into second place in the Danske Bank Premiership.

The sides met on the opening day of the Danske Bank Premiership season, two late goals sealing a 4-2 win for the Inver Park men.