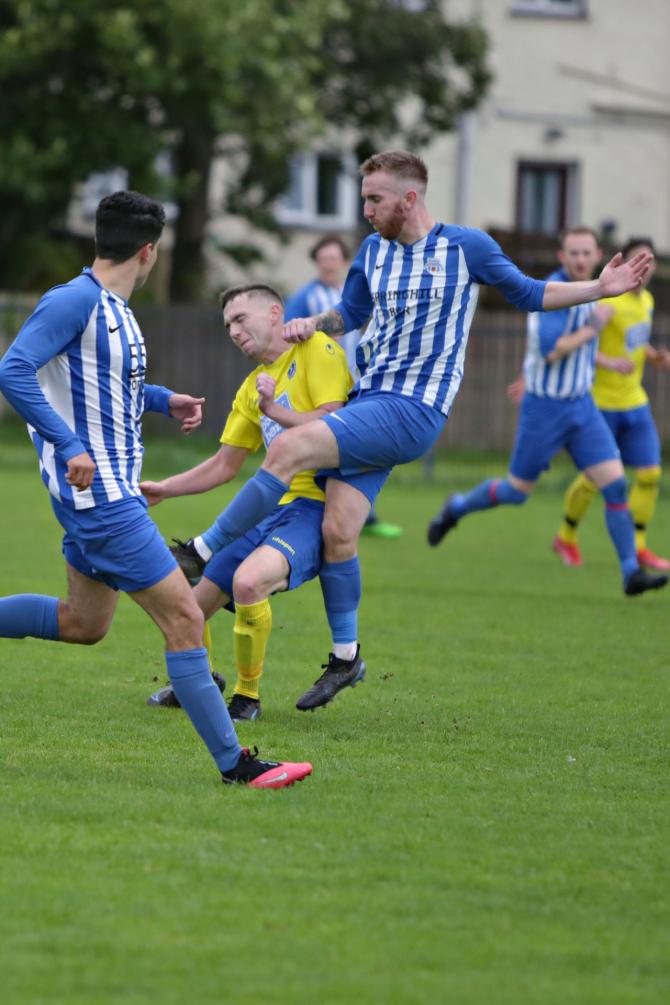 Heights travel to play Draperstown Celtic in one of just matches to be played in the Premier Division this weekend.

THE meeting of neighbours and Premier League rivals Kilrea Utd and Garvagh is the pick of the ties in the North West Junior Cup this weekend.

The Clyde Park side currently head the Premier division with 13 points from their seven games played, having won of their fixtures to date.

Kilrea have only played three league games, winning them all, hence the gap between them and the league leaders.

United are certainly one of the form teams in the top division, scoring 12 goals and conceding just three, and are nicely placed in fourth position in the table.

There is little between the sides so a draw at full-time couldn't be ruled out.

There are plenty of other interesting ties down for decision, including the meeting of Premier League side Upperlands against Morning League Division Two B side Millburn and Aghadowey's meeting with Ardmore.

Coina Rovers travel to Greysteel, Caw make the trip to Glenshane Athletic and Tullans Red Star, struggling in Morning League Division One, face a difficult game away at Churchill Utd.

Sperrin Athletic, bottom of Morning League Division One having lost all seven games to date, face the most difficult task of all away at Newbuildings Utd Reserves.

There are two interesting games to be played in the County Antrim Junior Shield where Morning League Division One's Glebe Rangers Reserves host Premier League side Portrush and Ballycastle Utd of the Premier League welcome Lisburn Youths to the north Antrim town.

In league action, second-placed Heights travel to face Draperstown Celtic while bragging rights will be up for grabs in the local derby between Maghera Strollers and Magherafelt Sky Blues.

Both games are in the Premier League.

In the Morning League Division One there are two derbies of sorts down for decision.

The first sees Dervock Reserves host Dunloy Reserves while the second features Portstewart Town, with just one league win to their name, at home to Portrush Reserves.

* To get your match report included on a weekly basis in The Chronicle newspaper and on our website send to Damian Mullan at sport@thechronicle.uk.com.