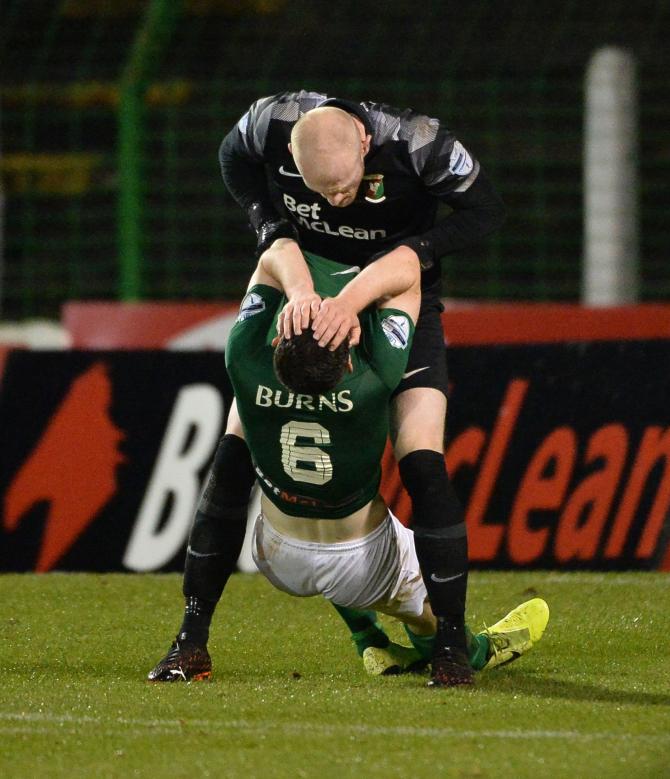 GLENTORAN goalkeeper Aaron McCarey has been found guilty of bringing the game into disrepute by the Irish FA’s Disciplinary Committee.

McCarey has been sanctioned for his conduct during a NIFL Danske Bank Premiership match between Glentoran and Coleraine on Saturday October 16.

The committee agreed the Glentoran goalkeeper should be suspended for two games, starting on November 8.

McCarey had already been sanctioned with violent conduct and was initially banned for three matches following an incident involving Glentoran team-mate Bobby Burns.

The club has the right to appeal the further two-match ban.

McCarey was charged by the Disciplinary Committee with bringing the game into disrepute under Article 17 of the Irish FA’s Articles of Association.