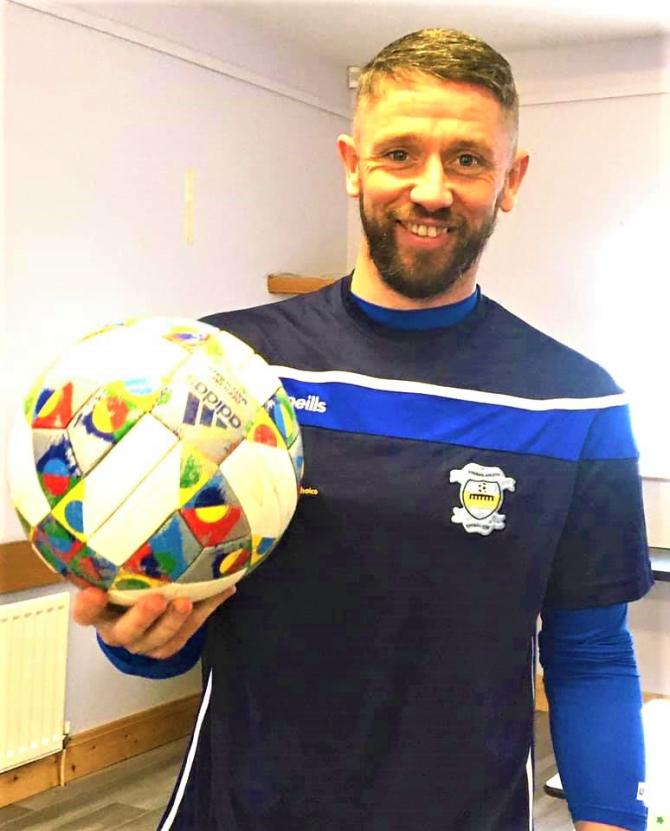 The Strabane man, who enjoyed a remarkable one season with the Bannsiders just over ten years ago, netted FOUR times for hometown club Strabane Athletic in an Intermediate League Cup win over Carrick Rangers Reserves last weekend.

What's more, all four goals came in the opening half as the player-manager helped his side to a 6-1 victory over their east Antrim opponents.

Of course, it's not the first time the much-travelled striker has scored four goals in a game.

Incredibly, he achieved the feat twice during his memorable spell at the Coleraine Showgrounds in the 2009-10 season.

On both occasions, his goal scoring exploits were arguably overshadowed by events off the field.

On the first occasion, in November 2009, Patterson's four goal haul away at Glentoran famously sparked supporters' unrest at the Oval.

Unhappy Glens fans gathered to protest in the car park, protests which eventually led to the departure of then manager Alan McDonald.

A couple of months later and Patterson was at it again, this time scoring four times away at Crusaders.

This time, his heroics were overshadowed by that morning's revelation that he had signed a pre-contract agreement with Glentoran, meaning that he would move to the Oval that summer.

There was obvious disquiet among visiting Coleraine supporters at Seaview that January afternoon, a feeling only compounded by the non appearance of the striker as the match kicked off.

As rumours flew around the terraces, Patterson suddenly appeared on the field, joining the action a good minute or so after kick-off.

That, however, was just the start of the drama.

He opened the scoring for David Platt's side that day, thumping home a free-kick after half an hour, to, at best, a mixed reaction from Coleraine supporters happy that their team was in front but upset that the goal was scored by someone who had made it clear he was moving on at the end of that season.

Patterson added three further goals in the second half, including two penalties, each strike greeted with increasing opprobrium from his own supporters.

It was one of the most surreal episodes I can recall from my time reporting on the club's fortunes - fans booing as their star striker scores to help them defeat one of their main rivals.

Never seen it before and doubt I'll ever see it again.

But that is the enigma that is Rory Patterson, a true footballing maverick who never hid his ambition and was probably all the better for that.

Ironically, though, he never kicked a ball for Glentoran, after all the fuss.

Instead, he joined Plymouth Argyle in the summer of 2010, before going on to be capped by Northern Ireland and playing for a host of clubs around the world.

Fittingly, the now 37-year-old is back where it all started - in the small county Tyrone town of Strabane, where he is passing on the knowledge gained in a successful career to the club's young players.

And showing that he still knows where the net is after all these years.