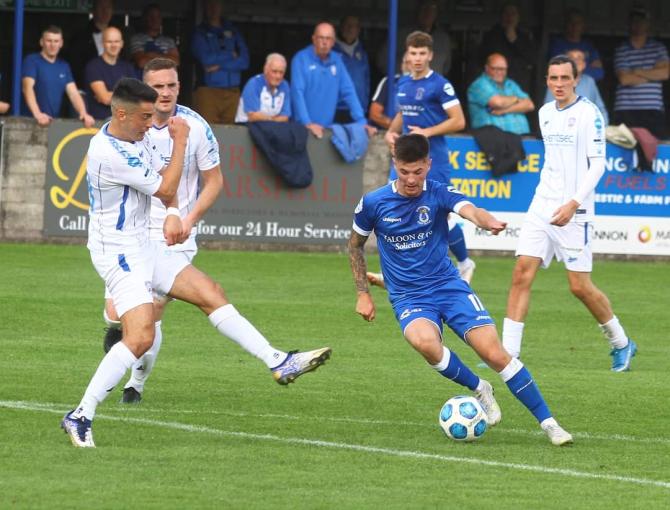 Coleraine made it two wins in a row at the weekend with victory at Dungannon Swifts.

COLERAINE set out on the defence of the Bet McLean League Cup this evening away at Bangor.

The Bannsiders, of course, are the current holders of the trophy, having defeated Crusaders way back when.

Last season's tournament never happened, of course, because of Covid, meaning Oran Kearney's men have held on to the cup for two seasons in these unprecedented times.

"It's been nice to hold onto the trophy for two years!" admitted Oran this week.

"We are the holders of the cup and it's a competition that the majority of the squad have great memories of in relation to the experience a couple of years ago.

"We want to make sure we are through to the next round.

"Bangor are up on the crest of the wave, they've been down the leagues the last few seasons but there has been a lot of work behind the scenes and they are rightly back in the Premier Intermediate.

"We know they will be hungry to do well, they have missed nights like this and itching to get at it.

"We will pick a team to go there that will hopefully get the job done.

"There was no doom and gloom after the back-to-back defeats as we have a level headed bunch of players.

"The response has been brilliant with the wins, goals and clean sheets, so we are pleased to be up and running," he added.