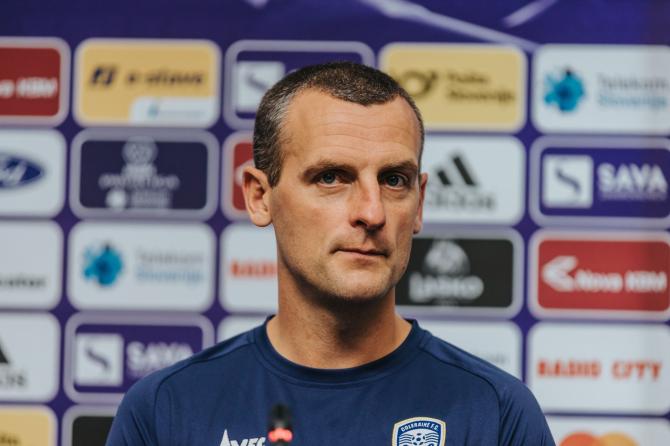 The result gives the Bannsiders a fighting chance in the second leg which takes place at Lurgan's Mourneview Park next Thursday.

In stifling heat with temperatures in the thirties, Coleraine began well and shocked their hosts by taking the lead in the ninth minute, midfielder Ben Doherty scoring with a superbly struck long range shot.

FK Velez Mostar recovered their composure as the first half progressed and dominated possession for long periods.

The visitors' defence was resolute, restricting their opponents to speculative shots from distance which Gareth Deane coped with comfortably.

Disaster struck, however, when the Turkish referee awarded Mostar a penalty after adjudging that Aaron Traynor had handled inside the box.

Brandao De Souza sent Deane the wrong way from the penalty spot to bring the hosts level at the break.

The second 45 minutes followed a similar pattern to the first with the Bosnians having most of the play without creating so many clear-cut chances.

And they were handed a lifeline when they were awarded their second spot-kick of the night when it was ruled that defender Lyndon Kane handled inside the area.

He received a red card while Brandao again beat Deane from 12 yards.

At this stage, those watching on from home would have feared the worst for their favourites but Oran Kearney's players showed all their experience to get through the closing minutes without conceding a third goal.

The importance of that can not be over estimated with the second leg yet to come.

"I don't think we could have won the tie tonight but we could have definitely lost it or it could have been out of sight," Oran told Coleraine FC TV afterwards.

"To be fair to the players – there's been a massive shift from everybody in the heat, the pitch, the fans, atmosphere everything.

"Going down to ten men for the last 22 minutes where to be honest I feared the worst at that stage, feared that could be the 20 minutes that could kill it.

"So, from that point of view, how we managed that final part of the game was really good.

"I would have taken a draw or a one goal deficit, something to play for in second leg, so we've got to be happy with that," he added.