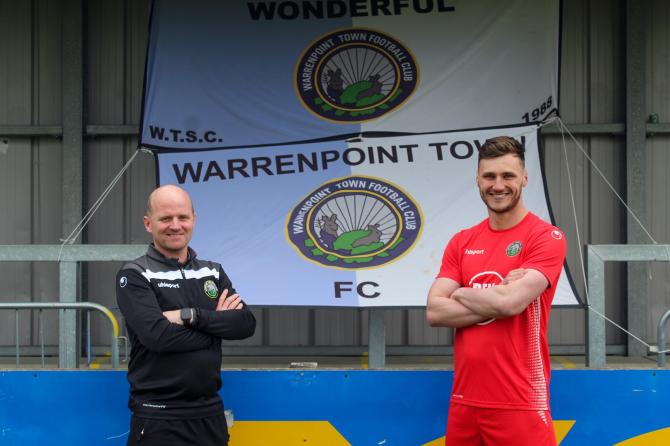 The 25-year-old goalkeeper was unveiled by the border club on Wednesday following his departure from Inver Park.

"It’s a club with ambitions of kicking on and going to the next level and I’m really excited to be a part of that and hopefully bringing a positive contribution to the team and the club as a whole.

“I’m looking forward to working with Barry and all his staff and in particular Alan Cooke who showed a real willingness to get me in the door.

"I can’t wait for pre season to start and to meet the group," added Conor.

Manager Barry Gray, meanwhile, is delighted with the signing.

“He will be a massive addition to the team," he said.

“He’s a player we have watched closely for months and I am really looking forward to getting him in and working closely.

“This is a signing that in my opinion shows the quality that we are trying to attract."