Portstewart beaten but not disgraced 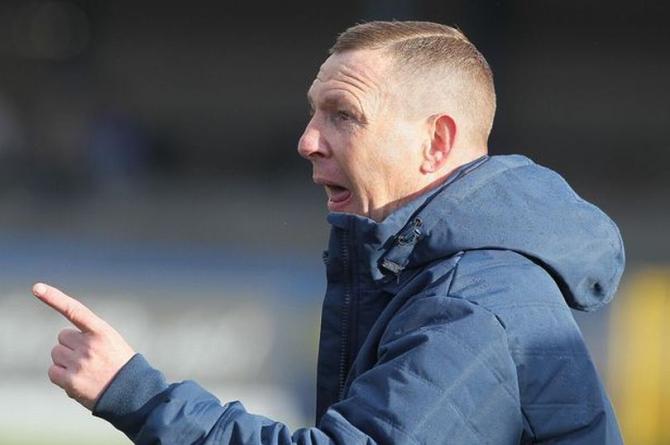 Against an in-form Cliftonville, the Seahawks, playing in their first competitive game since September, put in a commendable display.

Ultimately, however, it was the home side’s superior skill and fitness that were the telling factors and they ran out convincing winners.

The visitors' cause was not helped early on when Cliftonville enjoyed a blistering start with two goals in the opening eight minutes. Garry Breen’s header put the Reds in front and when Daire O'Connor found the corner of the net on eight minutes the signs looked ominous for Portstewart.

The Reds were methodical in the build-up as they stretched the Portstewart defence. However, Johnny Law’s side did re-group defensively with Johnny Watt, Lee Forgrave and James Peden putting in some excellent challenges.

Just prior to the break, Cliftonville’s Michael McCrudden burst through on goal but was denied by an excellent stop by Andrew Findlay, who went down bravely to deny the in-form striker.

Rather than pressing home their advantage, Cliftonville were guilty of over-elaboration and the visitors grew in confidence as the second half progressed.

Zach Barr fired just wide on ’52 minutes when when the Cliftonville defence had been carved open. Ten minutes later, Portstewart did indeed find the back of the net when Richard Vauls got the vital touch to force the ball over the line.

That goal served only to push Cliftonville into a higher gear and they struck back with two quick replies, a neat finish by Daniel Kearns and a second for O'Connor. With ten minutes to go, Ryan Curran added Cliftonville’s fifth.

Within context, Portstewart’s display did exceed pre-match expectations. They put Cliftonville under pressure in the early part of the second half and were rewarded by a goal. However, any notions of an upset were diminished as the Reds pressed home their superiority in emphatic style.