Search on for successor at Brandywell after manager leaves 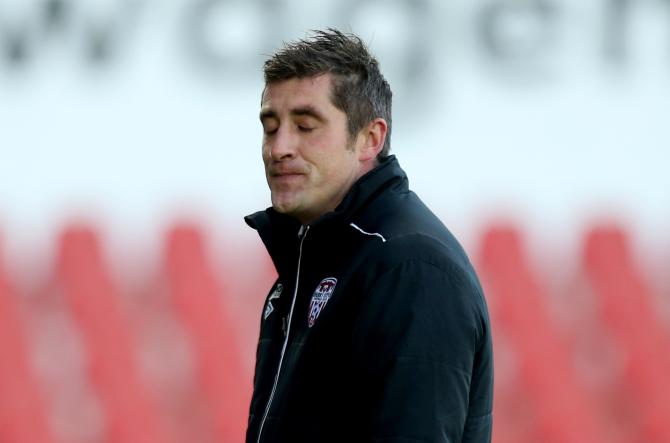 DERRY City are on the hunt for a new manager following the departure on Thursday morning of Declan Devine.

The former goalkeeper, in his second spell as manager at the club, endured a torrid start to the new League of Ireland Premier Division season.

The Candystripes lost their first four games before drawing their last two but that wasn't enough to save the Creggan man.

"Derry City FC and Declan Devine have parted company by mutual contest," the club said in a statement.

"The board wish to thank Declan for his service to the club and wish him well for the future."

Devine first managed his hometown club in 2012 when he guided them to FAI Cup success but he was sacked the following season after a string of poor results.

He returned to the club following the sacking of current NI Women's manager Kenny Shiels in 2018.

Talk will now centre on a replacement for Devine.

Current Cliftonville manager Paddy McLaughlin, a Derry native, has already had his name linked with the position.