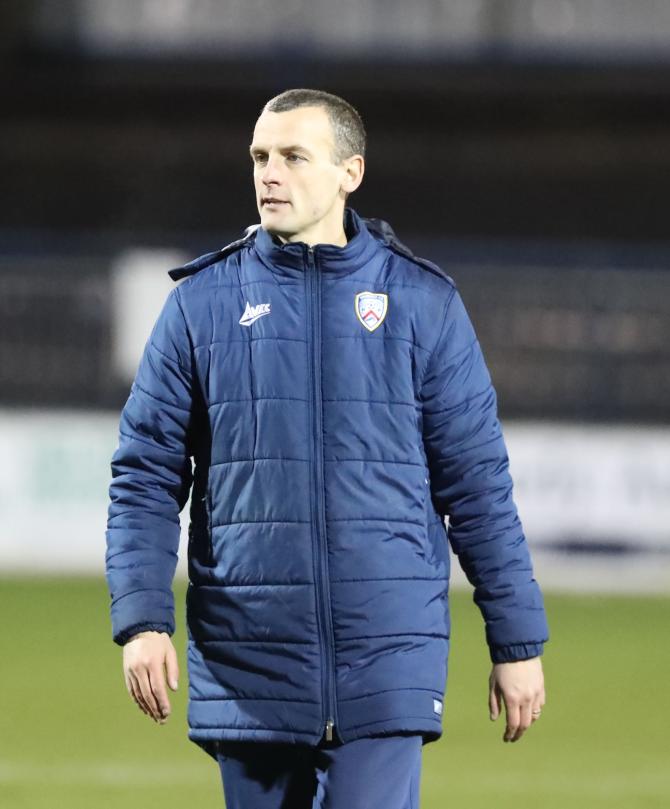 COLERAINE’S exhausted players got a rare night off on Tuesday as they look to recover from a punishing start to the new league campaign.

The Bannsiders crashed to a third defeat in six games last weekend as Linfield maintained their blistering start to the season, winning all five of their opening games.

It was the team’s third game in seven days with a severely depleted squad and sees them some way off the pace even at this early stage.

But with this Saturday’s scheduled game away at Carrick Rangers postponed, it gives players and management the time and space to recharge the batteries.

“It’s the first bit of luck we’ve had this season and we’ll take it,” said Oran.

“We’re at the stage where it’s probably pretty much the same group of players for the first part of the season.

“We’ll try and use that break to recharge the batteries,” he added.

“Probably Saturday’s postponement comes at a good time for us and we were threadbare on Saturday.

“But that’s part of football. I've had it before and I’ve also had times where I have had all 20-21 players fit and having to leave three men out.

“The postponement, though, probably comes at a good time for us.”

The Ballymoney man will be hoping that some of his long-term injured players will come into contention for the team’s next game, against Larne at The Showgrounds on November 28.

Defenders Howard Beverland and Aaron Traynor are back training and will step up their efforts over the coming weeks, though Adam Mullan may be a longer term casualty.

Gareth McConaghie still has one game remaining of his suspension but striker James McLaughlin has served his time and comes back into the reckoning.

Eoin Bradley, Curtis Allen and Aaron Jarvis are also making their way back from periods of inactivity.

“I think we know that when we get our strongest team out on the pitch we’re a match for anybody on our day,” continued Oran.

“We’ve had seven or eight players missing for the first five or six games and different players at different times.

“The maths ain't rocket science but that’s football - it happens.

“We’re not crying about it but, with that, this weekend comes as a welcome break.

“For us now it’s about making sure we get bodies back out on the pitch and, number two, start putting some points on the board to make we hang onto the coat-tails of the other teams.

“Last week was a tough week though - there’s no getting away from that.”

Another player absent from the opening six games has been defender Aaron Canning, placed on the transfer list earlier this year but who was an interested spectator at Saturday’s defeat to Linfield.