Portadown boosted by signing of Irish defender ahead of Bannsidsers' visit 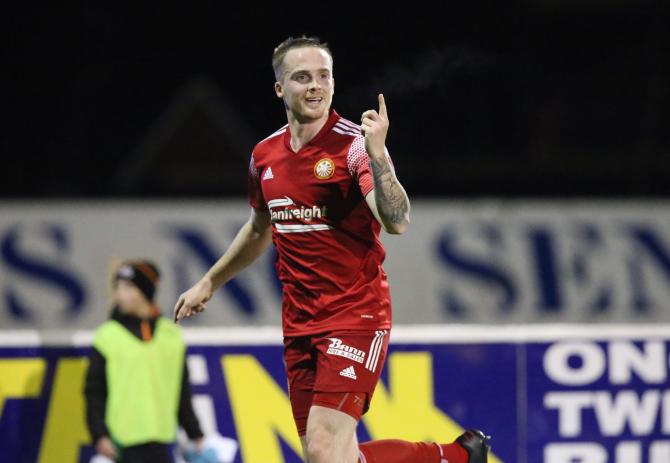 COLERAINE will look to get their 2020/21 league campaign up and running when they visit Shamrock Park on Saturday.

The Bannsiders slumped to defeat against Ballymena Utd in their opening game last weekend while the Ports defeated Glenavon 4-2 at Mourneview Park.

It was a tremendous performance and result for Matthew Tipton's newly promoted side who carried on their impressive Championship form into the top league.

And visiting manager Oran Kearney knows his players will have tp perform better than they did in their opening game if they want to get anything from the fixture.

“We don’t get it easy at Shamrock Park and I wouldn’t expect it to be that way,” he said.

“They have fought really hard over the last three or four years to get back into this league and with that being their first home game, they will be bang up for it.

“We've got to lick our wounds from the defeat to Ballymena, get back to work and make sure we are raring to go for that one,” he added.

Portadown, meanwhile, have been boosted by the signing of Irish defender Kevin Healy on a one year deal subject to international clearance.

"Kevin Healy actually approached me due to one or two deals falling through for him in England & Scotland," explained Ports' boss Matthew Tipton.

"Players of Kevin’s pedigree don’t come along too often especially within our budget so to be able to get him in I must praise both him & the board for facilitating this deal.

"Kevin is a superb footballer, 6 foot 3, a left sided centre half with four years at West Brom behind him. I’m excited to get to work with him and hopefully this move is beneficial for both Kevin and ourselves."

The defender's signing came too late for last week's win over Glenavon but it’s expected he will figure in the game against Coleraine.