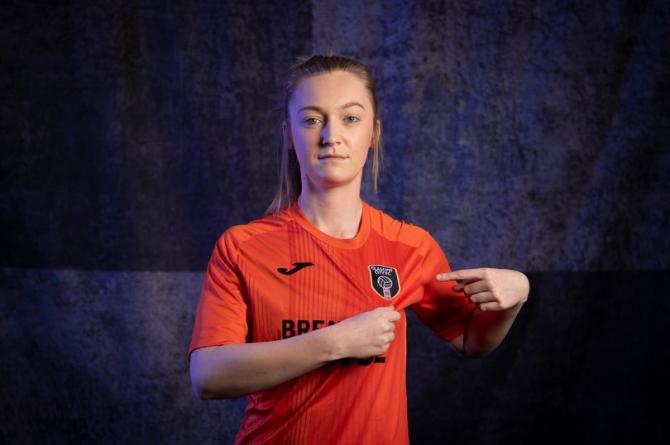 COLERAINE'S Lauren Wade says she is looking forward to taking on the best in the women's game when she lines out for Glasgow City in their UEFA Women’s Champions League clash against German club Wolfsburg on Friday.

Wade, granddaughter of former Coleraine FC chairman Hugh Wade, is part of the Scottish team trying to outsmart the German champions and reach the last four of the competition.

The games are being played in San Sebastien in Spain because of the coronavirus pandemic.

Wade, capped 23 times by Northern Ireland, is part of a Glasgow City side that has won 13 consecutive league titles while Wolfsburg have just won their sixth Bundesliga Frauen victory.

The Coleraine native has also had spells with Icelandic side Throttur Reykjavik and played College football in the USA.

Her family and friends will be cheering her on from afar, hoping that the talented forward and Glasgow team-mates make it through their quarter-final tie.