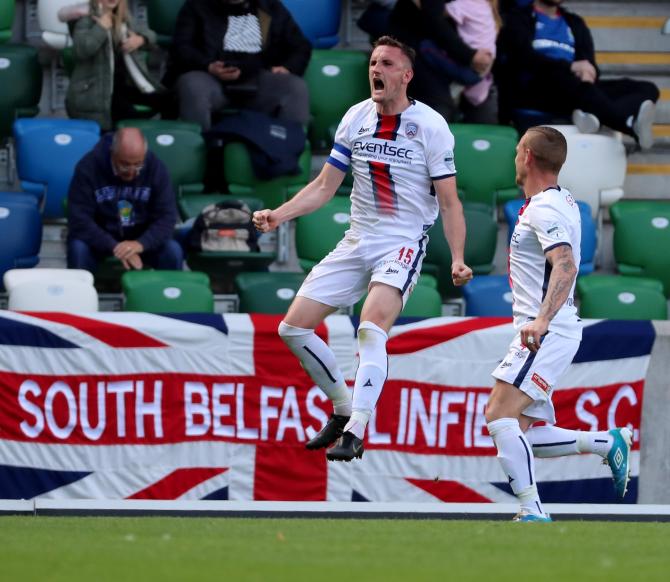 The Bannsiders lifted the League Cup at Windsor Park at the turn of the year and enjoyed success against Linfield in the Danske Bank Premiership.

Throw in the Irish Cup triumph of a couple of seasons ago and it's clear that the Belfast venue is a happy hunting ground for Oran Kearney's men.

"It'll be strange with no fans there but the good thing is that our players have only good things to think about Windsor," said Stephen.

"We have plenty of positive memories this season and we'll draw on that in the absence of our supporters.

"Our backing is incredible, they really get behind us, but them not being there is something we'll just have to get used to."

Back at training for several weeks now, and with a couple of friendly games played, the skipper hopes they have done enough as a group to offset months of inactivity brough on by coronavirus.

"All the boys worked hard during lockdown but it's great to get back as a group," continued the club captain.

"Oran's a very astute manager. He trusts us as players and understands us and he's done a lot of research into returning to action after such a long lay-off.

"He's taken a measured approach to things and hopefully that will pay off against Ballymena.

"It'll probably be quite a stop-start sort of game and we have to be comfortable with that.

"For us as a group, it's about being pragmatic. We won't care what the game's like so long as we win and get through to the final."

Coleraine v Ballymena Utd is the first of two semi-finals on Monday, the second being the meeting of Cliftonville and Glentoran.

Both games will be shown live by BBC NI Sport.

The winners will meet in the final of the Sadlers Peaky Blinders Irish Cup on Friday evening.