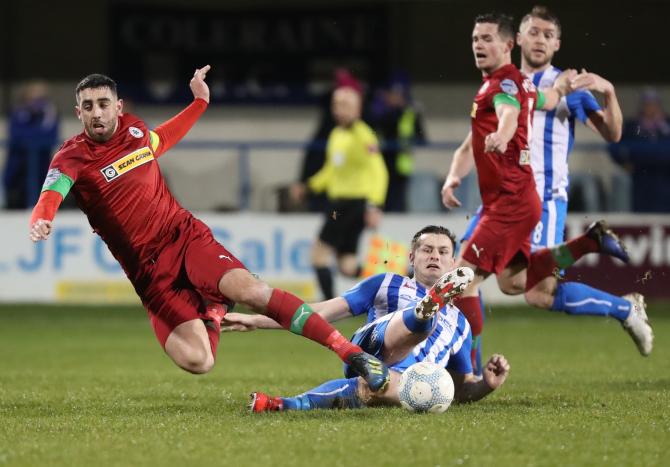 COLERAINE defender Adam Mullan believes victory in Saturday's Bet McLean League Cup final would give the team momentum to push on over the final months of an intriguing season.

But, by the same token, he argues that defeat to Crusaders at the National Stadium won't have a terminal impact on their bid to win just a second Gibson Cup in the club's history.

The Limavady man has formed an impressive partnership with fellow Roesider Aaron Canning at the heart of the Bannsiders' defence but knows they will be tested this weekend.

"There's a lot of games left in the league and the cup," said the 24-year-old.

"I think winning a trophy early doors gives you momentum to push on but, equally, it won't have a massive say in the title race."

To read the thoughts of the versatile Mullan, see The Chronicle, out now.