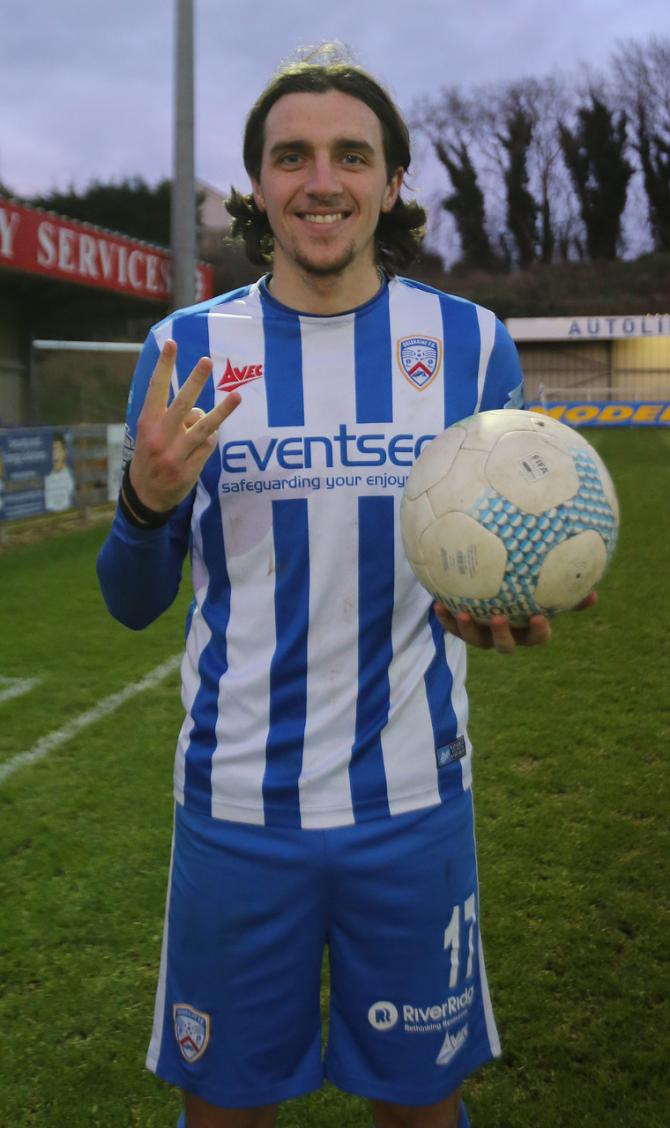 COLERAINE remained hot on the heels of league leaders Glentoran with a thumping 4-0 win over Warrenpoint Town at the weekend.

The victory means the Bannsiders are just three points behind the Glens, having played a game more.

It was a day to remember for Jamie Glackin who walked away with the match ball after scoring his first ever senior hat-trick.

"I'm delighted to get my first ever senior hat-trick and to leave with the three points," said the Omagh man afterwards.

"It was a massive win as we had to dig in and get the result," he added.

Former Belfast Celtic forward Matt Fitzpatrick, making his first full appearance for the Bannsiders, scored his first goal for his new club to complete the scoring.

The ex-Antrim GAA star showed plenty of promise on his debut and could prove to be another shrewd signing by canny Bannsiders' boss Oran Kearney.

Coleraine are inactive this weekend, their home game against fellow title rivals Cliftonville being played on Monday evening in front of the Sky cameras.

That gives boss Kearney the opportunity of getting a look at some of his rivals with five games taking place on Saturday.

Carrick entertain Warrenpoint Town while Dungannon Swifts host Institute at the bottom end of the table.

Elsewhere, Crusaders are at home to an out of form Ballymena Utd, Linfield host Glenavon while Glentoran travel to Larne.

Be interesting to see how the Danske Bank Premiership table looks prior to kick-off on Monday.

See Tuesday's Chronicle for reports and reaction from the weekend win at Warrenpoint.